The shutdown of non-essential service is the latest tough move in Vietnam to contain the new coronavirus that has caused 153 infected cases.

Vietnam will close all shops and facilities of non-essential services in five big cities nationwide from March 28 until April 15 after the number of confirmed coronavirus cases has reached 153.

Hanoi, Ho Chi Minh City, Haiphong, Danang and Can Tho are subject to the request made by Prime Minister Nguyen Xuan Phuc on March 27.

The closure will be applied to tourist attractions, entertainment facilities like cinemas, bars, karaoke lounges, spas, restaurants, among others.

Only food and foodstruff stores, pharmacies, medical and filling stations are excluded from the list.

Notably, all religious rituals will be suspended while gatherings of more than 20 people for meetings and more than 10 people outside offices, schools, and hospitals are banned.

Traveling should be limited, mostly from epidemic-hit areas to other localities inside the country. Flights from Hanoi and Ho Chi Minh City to other parts in the country and public means of transport will be reduced.

People are required to stay home except for the cases of emergency, and keep a distance of at least two meters in public places.

Leaders of the localities where mass gatherings are reported will be punished.

Hanoi’s Steering Committee on Covid-19 Prevention and Control has emphasized that it will strictly punish any facility that goes against the order and called on people to inform the committee of the infringement. 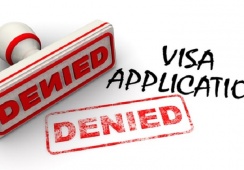 All catering services in HCM City required to close