The Hanoitimes - Of the 61 active cases, 18 are foreigners, including 13 Britons.

Vietnam has reported another four people infected with the novel coronavirus (SAR-CoV-2) on March 16, including two in Hanoi, bringing the tally of infections in the country to 61.

The 58th patient is a 26-year-old female Hanoian student returning from France on March 15. The patient and those who made close contact with her have been quarantined and are being treated at the Central Hospital for Tropical Diseases on the outskirts of Hanoi.

She tested negative for the virus three times after Nhung was confirmed positive on March 6. Not until March 14 when she started coughing and developed a fever did tests confirm she was positive with the virus.

The 60th patient is a 29-year-old French man who took a flight from Paris and arrived in Hanoi on March 9. Upon arrival, he visited several places in Hanoi and the northern province of Ninh Binh. On March 15 he was quarantined by the Hanoi Center for Disease Control after returning to Hanoi and tested positive for the virus.

The last case confirmed on Monday is a 42-year-old Vietnamese man who lives in Ninh Thuan. He test positive for the coronavirus after returning from Malaysia on March 4.

As of March 15, the coronavirus has been found in 13 out of 63 provinces and cities in Vietnam. Hanoi has the biggest number of infections (14), followed by Vinh Phuc province (11, all discharged), Binh Thuan (9), Ho Chi Minh City (8), and Quang Ninh (5), among others.

Of the 61 active cases, 18 are foreigners, including 13 Britons. 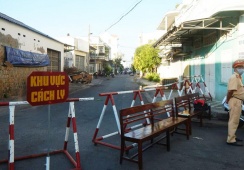 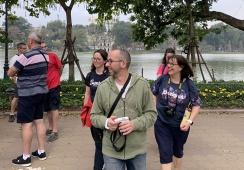 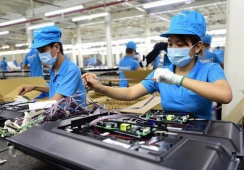