The Hanoitimes - In this year's state budget plan, revenue from crude oil is predicted at VND35.2 trillion (US$1.5 billion), accounting for 2.3% of the total.

As revenue from crude oil only accounts for 3% of Vietnam's state budget collection, a sharp decline in global oil prices has little effect on the country’s revenue, according to Vo Thanh Hung, director general of the State Budget Department under the Ministry of Finance (MoF).

However, as the state budget plan is based on oil prices projected at US$60 per barrel, a plunge in oil prices would no doubt negatively affect budget revenue, said Hung.

Taking into account a broad picture when the state budget is expected to take a blow from the Covid-19 pandemic, Hung said the situation requires measures to mitigate potential losses.

For the oil and gas industry, oil producers still have long-term contracts in the upcoming six or seven months, so short-term fluctuations of oil prices would have little to no impact.

In fact, Vietnam is a net oil importer, therefore, lower oil prices would be a beneficial for the economy and relieve pressure on the business community, Hung said. The MoF would continue to monitor the situation to assess its impacts on the economy, he added.

The MoF is committed to keeping a steady stream of revenue, which could be realized by improving the business environment and reforming administrative procedures, timely addressing concerns of people and enterprises, Hung stressed. 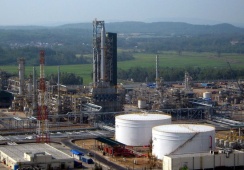 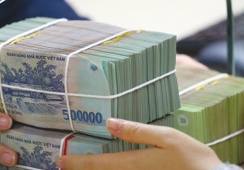 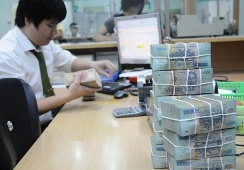