US accused two online platforms in Vietnam for counterfeiting and piracy

Shopee and Phimmoi have been accused by the US of tolerating counterfeiting and piracy activities in 2020.

The United States Trade Representative Office (USTR) pointed out that online shopping platform of Shopee and the film website of phimmoi are involved in counterfeiting and piracy activities in its newly released report entitled “2020 Review of Notorious Markets for Counterfeiting and Piracy”.

“Shopee is an online and mobile e-commerce market based in Singapore with individual country-focused platforms serving the Southeast Asia region and Brazil,” the report stated.

Right holders report very high levels of counterfeits being sold on all of Shopee’s platforms. Shopee reportedly has no procedures for vetting third-party sellers and preventing infringers from re-registering on the platforms, and sellers of counterfeit goods seem to have their accounts frozen only after multiple escalating actions.

In addition, Phimmoi.net (with hosting  server in Vietnam) and phimmoizz.net are accused of illegally posting thousands of movies and TV shows.

The domain phimmoi.net was subsequently blocked by the Vietnamese government, with most of its traffic moving to phimmoizz.net, which is believed to be run by the same operator. The new domain remains one of the most popular websites in Vietnam. 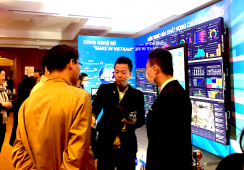 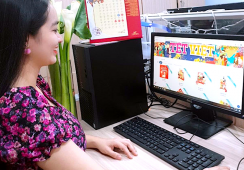