The Hanoitimes - Despite sharing a border with the country where the outbreak started, Vietnam’s success story is one worth telling.

Foreign experts have once again affirmed that early response is the key measure in the fight against Covid-19 in Vietnam, the country shares a long border with China – the original epicenter of the global health crisis.

“The government did all the simple things quickly,” he said. “Schools were shut down and there was a limit on international flights coming in.”

The tough measures have brought Vietnam among countries successfully handle the pandemic.

Vietnam ranked No. 2 behind New Zealand in the Covid Performance Index released in late January by The Lowy Institute, Sydney-based independent think tank.

“It’s absurd to compare countries to New Zealand,” he said. “We have much bigger challenges.”

Malhotra believes there's a bias against Vietnam's success because of its system of government. Vietnam is a socialist country under the leadership of the Vietnam Communist Party.

"There's a lot of skepticism that the government wasn't sharing data but that is not true," Malhotra said. "The data is recorded in real-time and there is no coercion in measures taken here."

The people of Vietnam are learning to live in their new normal, but are still encouraged to social distance and wear masks.

The country had the potential to be a hotspot because of its location and population. But by using a low-cost model and implementing basic safety measures (like washing hands and wearing a mask), it was able to contain the virus within a few months of the pandemic.

Despite sharing a border with the country where the outbreak started, Vietnam’s success story is one worth telling, the Insider reported.

Instead of testing everyone, they tested those identified in contact tracing. The borders were shut down and everyone who came into the country was quarantined in government facilities and lodging stations as another option.

When cases pop up, areas with the infections are placed on a local shutdown where no one can come in or out. Instead of locking the entire country down, social distancing measures have been imposed for affected areas only.

Vietnam never went into nationwide lockdown while trying to contain the virus. It enables the country to continue its recovery plans.

Meanwhile, Thwaites said “The government adopted a zero-tolerance approach to get rid of the virus.” “Basic measures were implemented, but it wasn’t easy. When people trust the government, people do what the government says,” he noted.

The Insider’s Kate Taylor, who was in Vietnam last February, ascribed the success story to an emphasis on safety measures like mask-wearing, knowing symptoms of the virus, and temperature checks. 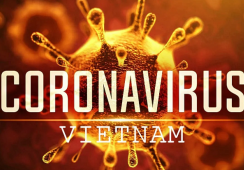 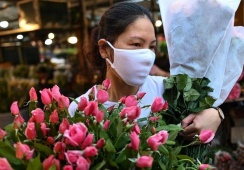