A Vietnamese foreign ministry spokesperson has again affirmed that Vietnam it has full legal basis and historical evidence to assert its sovereignty over Hoang Sa and Truong Sa Islands.

Hanoi has stated that the operations of Chinese companies on Vietnam's Hoang Sa (Paracel) Islands in the South China Sea violate its territorial sovereignty and are not conducive to peace in the region.

Spokesperson Le Thi Thu Hang of Vietnam’s Ministry of Foreign Affairs made the statement at a press conference on October 15 when asked to comment on the information that China’s so-called Sansha City (located on Woody Island in the Paracels) since its establishment in 2012 has become home to more than 400 Chinese companies.

“Vietnam’s consistent stance is to strongly protest the establishment of the so-called Sansha City and related activities since they infringe upon Vietnam’s sovereignty, are null and void, not conducive to relations between nations and complicate the situation in the East Sea, the region and the world,” the Vietnamese spokesperson said, referring to the South China Sea.

“Vietnam has repeatedly affirmed that it has full legal basis and historical evidence to assert its sovereignty over Hoang Sa and Truong Sa (Spratly) Islands,” Ms. Hang emphasized.

In an article file on the website of the Asia Maritime Transparency Initiative (AMTI), Zachary Haver said Sansha is headquartered on Woody Island and responsible for administering the bulk of China's claims in the South China Sea.

By June 2019, local leaders had enticed at least 446 companies to register in the city, with 307 of these companies reporting a cumulative US$1.2 billion of registered capital.

Notably, Sansha allows companies to register in the city but operate elsewhere. This approach allows the city to circumvent the limits of physical geography while still generating tax revenue and promoting helpful economic activity.

Many of the companies registered in Sansha provide valuable services while others have built telecommunications infrastructure across the city's jurisdiction, modernized local industries, and developed microgrid technologies to power Sansha's remote islands.

Sansha also uses a public procurement process to leverage the resources of outside companies, allowing them to bid for city contracts. The companies that win these contracts aid the often mundane but still critical day-to-day operations of the city.

All of this corporate activity drives the continued development of Sansha City and ultimately helps China administer and control contested areas of the South China Sea at the expense of other claimants, Zachary Haver concluded. 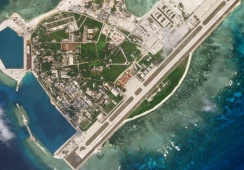 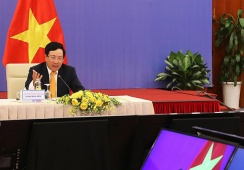