During their stay in Danang, the Chinese tourists did not show any symptoms of the new coronavirus (nCoV), VnExpress cited a report by the local government as saying.

Vietnamese carrier VietJet has flown the remaining 166 Chinese tourists of a 218-tourist group in Danang back to their original destination of Wuhan city on Sunday evening.

The tourists arrived in Danang, a beach city in central Vietnam, on January 22 on a five-day-four-night tour before a travel ban in Wuhan was imposed, local media reported.

During their stay in Danang, they did not show any symptoms of the new coronavirus (nCoV), VnExpress cited a report by the local government as saying.

According to schedule, the airplanes that brought the Chinese tourists back home will return to Vietnam as ferry (empty) flights and be sanitized in accordance to international norms.

Danang International Airport is one of the three of its kind in Vietnam that have direct air service to/from the Chinese city of Wuhan, Hubei province with a frequency of three flights per week.

The Civil Aviation Authority of Vietnam (CAAV) earlier this week granted a license to VietJet to conduct four flights to fly Chinese tourists from Danang and Cam Ranh, Khanh Hoa province to Wuhan on January 24-27 at Chinese authorities’ request.

The CAAV earlier cancelled all flights to and from Wuhan, which is the epicentre of the deadly new coronavirus.

Flag carrier Vietnam Airlines and low-cost arm Jetstar Pacific said on January 25 that they would refund tickets and allow free schedule changes for passengers flying to and from Chinese cities starting Friday until further notice.

According to the Danang Health Department, as of January 27, 41 people had been suspected of being infected with the nCoV, of whom nine have been discharged of the hospital and the rest are being monitored. No nCoV-positive case has been reported in this city. 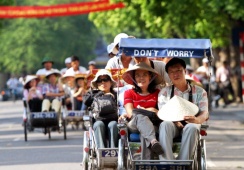 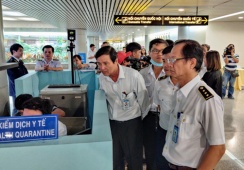 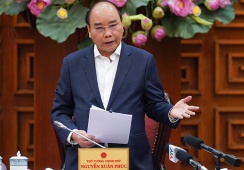