Hanoi celebrates victory over US air raids with host of activities

Cultural activities are taking place in Hanoi's Old Quarter to honor the victory and remember the fallen in the aerial battle dubbed "Dien Bien Phu in the air" 50 years ago.

The cultural activities are aimed to bring a deeper understanding of the ferocity of the aerial bombing during the war while hailing the solidarity of people in Hanoi in building the capital city from damage.

Specifically, a film screening entitled "Hanoi-Dien Bien Phu Victory in the Air, December 1972" and a photo exhibition with the theme "Dien Bien Phu in the air battle" will be held at the Ho Guom Cultural Information Center, No.2, Le Thai To Street, Hoan Kiem District until December 25.

In addition, a photo exhibition with 50 black-and-white documentary photos on the "Hanoi-Dien Bien Phu in the Air" campaign, showing the losses and sufferings of Hanoians during the fierce battle, will last until December 25 on the sidewalk of the pedestrian space surrounding Hoan Kiem Lake.

Another exhibition, called "Hanoi 12 Days and Nights – Blood and Flowers" will run until the end of April 2023 at the National Museum of History at 25 Ton Dan Street.

In particular, along with some unpublished artifacts about the battle, there will be other documentaries and photos showing the fierce devastation of the war, especially the American B-52 bombing raids on Hanoi in the winter of 1972.

The images of houses and streets leveled under tons of bombs, the babies carried by their mothers on bicycles to the countryside to avoid the fierce war, had touched people's hearts.

The “Dien Bien Phu in the Air” campaign was a defense operation launched by the Vietnam Air Force and ground-based air defense against US air raids with B52 bomber - the most modern aircraft of the time - in Hanoi and neighboring cities and provinces.

The operation lasted 12 days and 12 nights, from December 18 to 30, 1972. It is said that this important victory inspired Vietnamese across the country to achieve complete independence and unification.

The series of events can help old people who lived through the war recall memories and young people to better understand the US War in Vietnam (1955-1975). 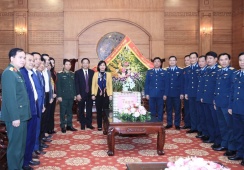 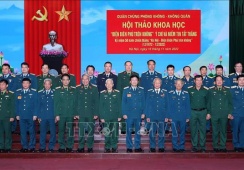 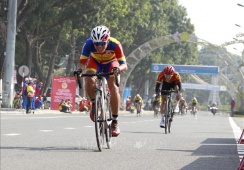