After Covid-19: The coming upheaval in higher education

Universities that adopt quality online learning, forge significant partnerships, and demonstrate results in preparing students of all ages for work in a technology-driven economy, stand the best chance of thriving after the pandemic.

Three years ago, Clayton Christensen, who developed the theory of "disruptive innovation," predicted that half of colleges and universities in the United States would be bankrupt in 10 to 15 years. His prediction may be hastened by the Covid-19 pandemic, which has dealt a financial blow to universities across the US and globally. Seismic changes are on the way.

Beginning in March, enforced social distancing sent faculty scrambling to their computers to download Zoom. Millions of students, forced to decamp from shuttered campuses, spent much of the Spring term logging on to classes from their parents’ homes.

In recent weeks, universities have been grappling with the decision of whether to welcome students back to campus, or continue teaching remotely for the rest of 2020. One of Asia’s top-ranked universities, the National University of Singapore, will re-open all three of its campuses on 10 August, with a blend of online and on-campus classes, a formula expected to be followed by many universities worldwide for the coming academic year.

The pandemic’s budgetary toll on universities has already been enormous. Income has been lost and will continue to be lost in many areas, including on ancillary activities such as student accommodation and meal programs. Educational institutions that are heavily dependent on international students will be hard hit in the short term; a British Council survey suggests that only 39% of Chinese students (the largest group of overseas students by far) plan to continue their applications to British universities for the coming academic year.

Australia is trialing a program to fly in overseas students in a bid to avoid more than AU$40 billion in potential losses by 2023 due to reduced numbers of international students. Management consultancy McKinsey & Company projects that eventual revenue losses of US universities could reach US$19 billion from lost tuition and fee revenues alone.

More generally, the pandemic could reduce incoming student enrollment at US universities by up to 20%, according to Ted Mitchell, president of the American Council on Education. A gap year may well be an attractive option to teenagers who would rather not be guinea-pigs as higher education re-invents itself.

Universities are laying off staff, merging or closing programs and departments, and questioning the tenure system. There will be pressure to raise tuition to cover costs, yet a strong argument is also being made that tuition fees should move in the opposite direction, since students will no longer be receiving traditional face-to-face teaching and other benefits of campus life.

The pandemic will leave strong institutions stronger, and weak ones weaker, continuing the sector consolidation predicted by Christensen. Universities with resources and elite standing will remain intact, but others are already facing a cash crunch.

In the United Kingdom, SOAS, a university with strong links to Asia, has already sent out distress signals. Mergers between universities seem inevitable and those unable to find partners may simply disappear (as in the case of tiny Pine Manor College, which in May announced that it will be taken over by Boston College). Publicly funded universities in continental Europe will have to tighten their belts as well, even if they are able to stave off dramatic restructuring.

International students, mostly from countries in Asia, will be key to the survival of many institutions in anglophone OECD member countries. But will they return in force when travel restrictions are lifted, visas are granted, and economies recover?

Universities situated in countries like Canada that are seen as welcoming to foreign students, charge reasonable tuition, and allow graduates to remain and work, should continue to benefit. More Western universities will teach international students in their home countries, through improved online instruction and increased partnerships on the ground.

With the world tilting to Asia, many international students may conclude that they can obtain a quality education in or near their own country. In the People’s Republic of China, students are increasingly learning online, with institutions like Tsinghua University, creator of the XuetangX learning platform, leading the way. The number of Asian universities in the top 100 of the QS World University Rankings has soared over the past decade.

Through trial and error, online teaching will continue to become more engaging as technology, design, and professors improve. To tackle screen fatigue, programs will feature dynamically curated course content, interactive exercises, online peer collaboration, and a role for students in shaping their own learning adventure. Demonstrated competence in leading virtual classes will become a prerequisite for teaching faculty.

Universities with leadership that embraces change, and that possess the will to adopt bold reforms, have a chance to reinvent themselves. Some are already showing the way, like Arizona State University, which was named most innovative US university five years in a row. It is now launching a PhD Program in Innovation for Global Development where students spend no more than 18 months in residence to complete core classroom requirements. The rest of the time they hold down jobs and use digital platforms. More universities will partner with major corporations, which have an incentive to tap into R&D capacity on campuses, and to nurture pipelines of work-ready grads.

The full “college experience” and sense of community, with its range of human interactions and activities will not die, but may be restricted to the rich and status-conscious. Greater use of online and hybrid competitors could democratize education at the world’s elite universities, which have been criticized by Yale law professor Daniel Markovits and others as a way of passing on privilege in the guise of meritocracy.

Covid-19 has been a boom to “massive open online courses”, which have seen a sharp rise in enrolment since mid-March. Demand will continue to grow for short programs that provide certification leading to jobs in the technology sector and other technical areas. Recovery from the economic crisis will take years, causing many to search out practical, low-cost educational options.

This could boost the fortunes of community colleges and technical and vocational schools, as well as a growing number of serious online degree programs offered by major universities (such as the University of Illinois, which offers an MBA or master’s degree in data science for under US$22,000).

In short, Covid-19 has thrown higher education into an age of upheaval. Circumstances have never been riper for re-imagining how a university operates. Those universities that seize the moment to adopt more quality online learning, forge significant partnerships, and demonstrate results in preparing students of all ages for work in a technology-driven economy, stand a chance of not only surviving, but thriving. 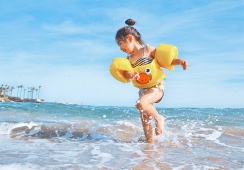 Rebooting the economy: restoring travel and tourism in the Covid-19 era 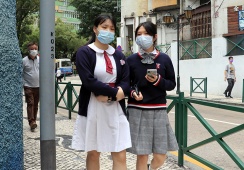 Blending education and technology to help schools through the pandemic