Danang is designed to be the tourism- and maritime economy-based city by 2030 and vision to 2045.

Danang, the central beach city of Vietnam, is forecast in a master planning by 2030 and vision to 2045 to become one of the destinations in the global supply chain in the country’s greater development amid strong international integration.

Speaking at the press conference on the adjustment of the Danang City Master Plan, Prime Minister Nguyen Xuan Phuc said Danang should pay attention to green space and natural environment.

He said the local government has seriously taken into account constructive ideas by different agencies and people in making the adjustment. But he warned the local authorities of possible personal profiteering in the detail planning.

Danang is an entrance gate of the East–West Economic Corridor, an economic development program spanning across mainland Southeast Asia with a 1,700-kilometer land route, covering Myanmar, Thailand, Laos, and Vietnam.

The corridor was envisaged as a land bridge connecting the Indian and Pacific Oceans, saving the sea route via the Malacca Strait. The road connects the port cities of Mawlamyine in the west to Danang in the east.

The city is expected to become a special metropolis with 1.79 million people and 32% of its land to be used for urban development, according to the adjustment of Danang City Master Plan to 2030 and vision to 2045 provided by Singapore-based Sakae Corporate Advisory (SCA) and Surbana Jurong Consultants.

With an economic development strategy included in the plan, Danang is expected to become a global lifestyle destination with tourism- and maritime economy-led economy.

The city is also designed to become a core zone of an urban chain including Hue – Danang – Chu Lai Ky Ha – Dung Quat – Quy Nhon and another chain with Chan May – Danang – Dien Ban – Hoi An – Nam Hoi An.

In its evaluation report, the Ministry of Construction said the master plan has addressed shortcomings and solutions for better planning.

Under Vietnam’s Law on Urban Planning, urban cities in Vietnam are classified into six categories named from I to VI.

The classification is based on the position, function, role, structure, socio-economic development, size of population, population density, non-agricultural laborers, and infrastructure.

At present, Hanoi and Ho Chi Minh City is listed “special metropolis” while Haiphong, Danang, and Can Tho are named “first category urban cities.” 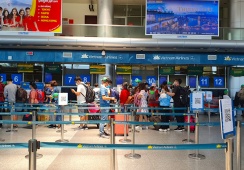