People are invited to enjoy new books written by authors from European Union countries in Hanoi.

The European Literature Days 2022 will take place in Hanoi from May 5 to 15 in Hanoi, according to European Union in Vietnam.

The European Literature will be presented through literary translations from Belgium (Wallonie-Bruxelles), the Czech Republic, England, France, Germany, Hungary, Italy, Spain, and for the first time - Ukraine.

The places where people can experience the writings are Casa Italia and the Goethe-Institut, and Nha Nam Book & Coffee at No 3 Nguyen Quy Duc Street, Hanoi.

The European Literature Days offer valuable literature for everyone. Children's books from Europe have a long tradition in the Vietnamese book market. They are known for being beautifully designed, taking their audience seriously, and carrying them into different worlds through exciting stories and colorful illustrations.

The highlights of this year’s edition are children’s books by immensely popular Saigon-based Belgian writer ECO (Eddy Coubeaux), and short stories by the Gianni Rodari, who is considered Italy's most important 20th-century children's author.

Readers will also meet novelists from the Czech Republic, France, Germany, Hungary, and Italy, some of them very popular and with a broad readership in Vietnam.

Vietnamese writers will also be invited onto the stage of the European Literature Days to introduce their latest poems and prose to a curious readership. As always, European Literature Days are a marketplace, a platform for cultural exchange, and a fun place to be. Cultural exchange between Vietnam and Europe, new creative products from Europe in excellent translations are at the heart of the festival.

Later on, the European Film Festival will take place from May 19 to June 5th in four cities of Hanoi, Ho Chi Minh, Hue, and Cantho followed by the Vietnamese European Documentary Film festival in June.

The Embassy of Ukraine, the special guest to both the Literature Days and the Film Festival 2022, will be launching the anthology of Ukrainian and world poems, translated and produced for the 30th anniversary of Vietnamese-Ukrainian diplomatic relations. Europe Day will be celebrated with two Czech anti-war novels: “The Fate of the Good Soldier Švejk During the World War” by Jaroslav Hašek and “Money from Hitler” by Radka Denemarková.

European Literature Days 2022 is a cultural event to celebrate European Day on May 9.

In Hanoi, Europe Day has in recent years been regularly celebrated with several activities. After a two-year pause due to the pandemic, this year, European diplomatic representations and cultural institutes are welcoming back the Hanoi public to their writers. 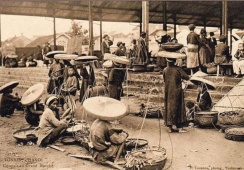 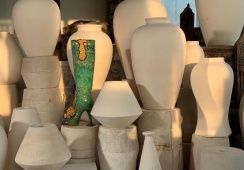 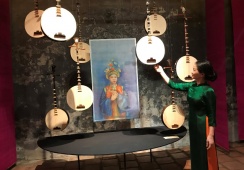