The event features numerous attractive film activities, partly contributing to promoting the beauty of Hanoi and its people to international audiences and visitors to the capital.

The 6th Hanoi International Film Festival (HANIFF) is not only a cultural activity but also an excellent opportunity to promote the image of Hanoi, a member of the UNESCO Creative Cities Network, a city with a long history, and a place of convergence, crystallization, and dissemination of national cultural values.

“HANIFF 2022 will also contribute to spreading the image of the capital city of Hanoi as a beautiful and hospitable city,” according to Ta Quang Dong, Deputy Minister of Culture, Sports and Tourism.

“Jasmine,” a Hanoi-themed film by famous film director Dang Nhat Minh, 84, will be screened at the opening of this year’s International Film Festival.

The film portrays the life of Hanoi residents in the 2000s, telling stories of ordinary people such as a shoeshine boy; a sidewalk barber; an old teacher who teaches singing to blind students; a farmer who has to live far away from her father's land and works as a non-professional nurse at the hospital, among others.

The people's kindness and sharing help them overcome life's difficulties and get closer together.

The trailer of the Hanoi International Film Festival 2022 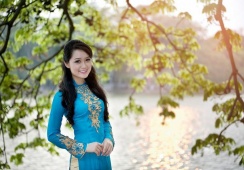 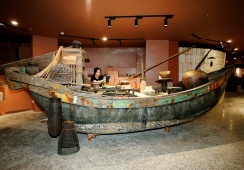 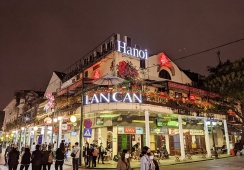