The southern metropolis has set the target to achieve full vaccine coverage by the end of February.

The southern metropolis has set the target to achieve full vaccine coverage by the end of February as directed by Vietnamese Prime Minister Pham Minh Chinh, CDC said.

The center stressed that all residents in the city could come to any vaccination site for being administered the vaccine without prior registration.

Almost all death cases from Covid-19 in the city have been the elderly, those with underlying diseases, unvaccinated or partially vaccinated people.

Over the past month, more than 4 million shots, including 623,696 booster doses and 3,797,264 second doses, were administered to local residents in the city.

Vietnam’s Ministry of Health said nearly 100% of people aged above 18 in cities and provinces have been given the first shot of Covid-19 vaccines, 95.6% the second shot, and 18.6% the booster shot. The rate of children aged 12-17 being given the first and second shots reached 94.1% and 82.2%, respectively.

In another move, the HCMC People’s Committee has issued a document allowing kindergarteners and first to sixth graders to resume offline schooling from February 14 on a voluntary basis, given approvals from their parents.

From February 7, educational institutions in the city will make preparations for the school reopening, according to a plan announced by the committee on January 24.

Under the plan, local schools will hold meetings with parents between February 10-13 to discuss the preparations for the children's return to on-site classes. Schools will also organize training for teachers and other staff members on Covid-19 prevention.

If the parents don't agree to let their children return to on-site classes, schools will continue with online teaching and learning under the guidance of the municipal Department of Education and Training, the committee said.

From February 14, kindergarteners and students from first to sixth grades will return to schools, beginning in-person classes with instructional sessions of Covid-19 prevention protocols for school conditions.

The municipal People’s Committee assigned the education department to actively coordinate with the Department of Health to review and give further advice on the safety criteria for educational institutions when necessary.

Schools at all levels in Ho Chi Minh City have intermittently closed and reopened in light of the complicated evolution of the Covid-19 fourth wave since April 27, 2021. The southern metropolis has reported nearly 513,000 patients, including 88 Omicron infections.

In a recent online meeting with the Ministry of Education and Training and the Ministry of Health, municipal and provincial authorities nationwide said they would re-open schools no later than February 14.

As scheduled, 35 more localities would re-open schools on February 7, bringing the total to 49 while 14 others will do the same on February 12. 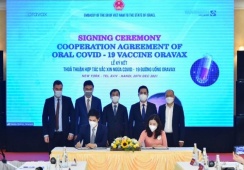 First oral Covid-19 vaccine to be tested in Vietnam High-risk groups to get Covid-19 vaccine at home 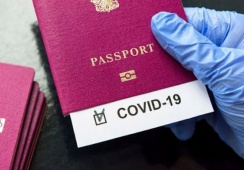