A no-rise in minimum wage would create conditions for enterprises to recover and workers keeping their jobs, stated the labor ministry.

The Ministry of Labor, War Invalids and Social Affairs (MoLISA) has rejected two proposals from the Vietnam General Confederation of Labor for a rise in the region-based minimum wage in 2021.

The information was unveiled in a MoLISA’s document seeking opinions from government agencies and business associations. A report would later be submitted to the government before March 10 related to the issue.

In addition to keeping the region-based minimum wage unchanged for this year, the MoLISA said the timing for effective wage rise should not be moved from January 1 to July 1, citing international practices that the period for wage adjustment needs to coincide with the start of a fiscal year (starting from January 1 to December 31 in case of Vietnam) for enterprises to set up their business plan.

“This is also the time for workers to negotiate wage policies with their employers, so moving the date to July 1 would be inconvenient for all parties involved,” stated the MoLISA.

The National Salary Council previously said it would not consider a rise in the region-based minimum wage in 2021 as a result of the Covid-19 pandemic.

According to the MoLISA, a wage rise at a time of severe Covid-19 impacts would affect workers’ job security, not yet mentioning the majority of enterprises are still struggling to keep business running.

With nearly 101,700 enterprises temporarily suspending operations in 2020, or nearly 8,500 enterprises leaving the market every month, an increase of nearly 14% year-on-year, “it would take a longer period for business and production activities to return to their pre-Covid-19 level,” stated the ministry.

“This implies a rise in minimum wage would not lead to higher income for workers,” added the MoLISA.

The MoLISA stated the current minimum wage is sufficient to meet the minimum living standards for locals, while uncertainties surrounding the Covid-19 situation around the world make it hard to predict the exact level of economic impacts to the country from now until the end of 2021.

“Therefore, a no-rise in minimum wage would create conditions for enterprises to recover and workers to keep their jobs,” it said.

The region-based minimum wage is applicable for non-state employees, while a four salary- regions reflect the difference in economic development of the urban and rural areas. 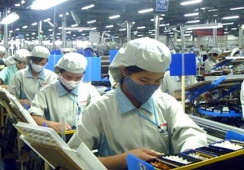 More than 50% of workers optimistic about Vietnam’s economic prospects