A strong bilateral relationship would further contribute to the prosperity and stability of the Asia-Pacific and the world at large.

People-to-people diplomacy continues to play a crucial part in strengthening the solidarity and friendship between Hanoi and Berlin in particular, and Vietnam-Germany in general.

Chairman of the Vietnam-Germany Friendship Organization – Hanoi chapter Nguyen Quang Hieu stressed the role of people-to-people exchange in Hanoi - Berlin relations during its 6th Congress for tenure 2022-2027 on August 31.

According to Hieu, the Organization has been actively promoting understanding between the two peoples via the teaching of German languages to young Vietnamese, introducing the image of Vietnamese people, its culture, and the capital city as a safe and attractive destination for international friends.

For the 2022-2027 period, Hieu expected the Organization to further expand cooperation with German partners, including German Embassy in Vietnam, Goethe Institute, AFK, and the German community in Hanoi, along with increasing its membership.

Hieu said the Organization would continue to hold exchange events to celebrate major political events of the two countries, especially on the 50th anniversary of bilateral diplomatic establishment by 2025.

At the Congress, Chargé d'affaires at the German Embassy in Vietnam Simon Kreye noted Southeast Asia remains significant for Germany and expressed his support for exchange activities between the two countries, especially people-to-people diplomacy between friendship organizations.

Kreye later told The Hanoi Times of his delight at the strong progress in Vietnam-Germany relations over the years, especially in trade and economy.

“Having arrived at Hanoi one month ago, I have been aware of the close ties between the people, and the strong partnership of the two governments, covering various fields from diplomacy to economy, culture, and security,” Kreye said.

“A strong bilateral relationship would further contribute to the prosperity and stability of the Asia-Pacific and the world at large,” he said.

In this regard, he suggested the Vietnam-Germany Friendship Organization – Hanoi chapter would play a key role in fostering bilateral relations and promoting greater understanding between the two peoples.

Kreye stressed the Germany Embassy stands ready to support and looks forward to partnering with the Organization in future activities.

Huong expected the Organization to continue raising public awareness of the friendship between Vietnam and Germany, and to cooperate with German partners in holding events ahead of the 50th anniversary of diplomatic relations by 2025. 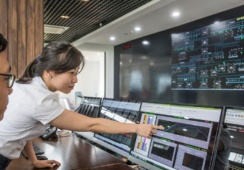 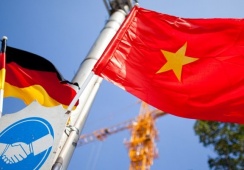