Station S9 is a component of the first underground metro project in the capital city and the second one in Vietnam.

A representative of the Hanoi Metropolitan Railway Board (MRB) on September 9 said that the second level of underground station S9 of Hanoi’s second metro line, Nhon-Hanoi Railway, has been completed, Kinh Te & Do Thi reported.

Nhon-Hanoi Railway has four underground stations: S9, S10, S11 and S12. The main level of Station S9 is under construction to connect up to the streets or down to the platforms via elevators.

Station S9’s main level is 19 meters below the ground. It is 23.3 meters wide, 186.6 meters long. Its construction is expected to be completed in about five months, and works on the whole station will be finished in late 2020.

The S9 station is the first underground metro project which has been carried out in the capital city and the second one in Vietnam (after the Ben Thanh-Suoi Tien metro line in Ho Chi Minh City).

The total cost of the project has been revised up to EUR1.176 billion. Of the total, EUR178.7 million is funded with ODA provided by the French Development Agency (AFD) and EUR355.1 million is lent by the French government. 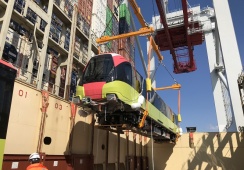 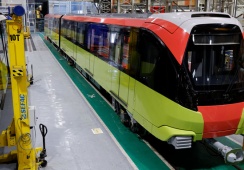 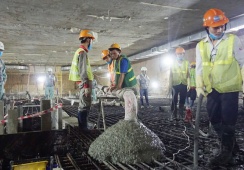 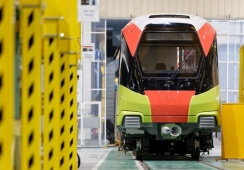