A network of expressways with a combined length of 400 kilometers would be built until 2025, including those of Cantho – Ca Mau, and Soc Trang – Chau Doc – Cantho – Tran De.

The transportation infrastructure in the Mekong Delta region is slated for significant upgrades during the 2021-2030 period.

Deputy Prime Minister Le Van Thanh stressed the view during the Government meeting held on November 25, discussing the master plan for the Mekong Delta region for the 2021-2030 period, with a vision to 2050.

According to Thanh, the Mekong Delta region remains one of the country’s key regions in terms of national defense-security and socio-economic-cultural development.

Thanh said for years, the Government has been prioritizing state budget allocation for socio-economic development in the Mekong Delta region, standing at 17% of total budget expenditure during the 2016-2020 period.

“However, investment remains insufficient compared to the region’s vast potential, especially in the transport infrastructure system,” Thanh said, noting the approval of the master plan for the region would be significant to further attract investment capital into the region, which is set to be approved right in this December.

The priority until 2025, as Thanh said, should be to build an expressway project section Cantho - Ca Mau; Soc Trang – Chau Doc – Cantho – Tran De for a combined length of 400 kilometers.

Meanwhile, the Government is expected to expand the Cantho International Airport and continue to optimize the network of coastal roads, seaports, inland waterways in the region, aiming at lowering logistics costs to enhance competitiveness for production and export activities.

“A comprehensive transport system would multiply the contribution of the Mekong Delta region for the national economy as a whole,” Thanh said.

Thanh also mentioned the necessity to update the power plan for the Mekong Delta region, with the focus on renewables that are in line with the characteristics of each locality, noting the Government is putting up efforts to soon finalize the Power Development Plan VIII in the coming time.

In this regard, Thanh urged localities to refrain from investing in the power transmission line as the plan would basically ensure sufficient power for regions.

“Under calculation, the Government would cut the investment in power transmission line for a total length of 6,600 kilometers, or around VND250 trillion (US$11.02 billion),” Thanh said.

In addition, the master plan for Mekong Delta should take into consideration solutions enhancing climate change resilience, given the fact that the region is among the most vulnerable areas to climate change.

Water is the core resource

Highlighting the key points in the Mekong Delta master plan, representative of the Joint venture Haskoningdhv (Netherlands) and GIZ (Germany) said the region is expected to develop in a sustainable way to become a place for worthy living and working by 2050; as well as an attractive destination for investors and tourists.

The key solution in this strategy is to improve livelihood, pursue balanced growth by protecting the environment.

In this regard, Vice Minister of Planning and Investment Tran Quoc Phuong stressed the necessity to protect water resources and ensure food security.

Former Director of the Institute of Rural Development Policy and Strategy under the Ministry of Agriculture and Rural Development urged the region to stay active in adapting to climate change by resolving the transport bottlenecks and forming a logistics hub in the region.

“Facing rising sea level, saltwater intrusion or flooding, Vietnam should improve the inland water transportation, including breakthroughs in the development of seaports and enhancing seafood production capacity,” he added. 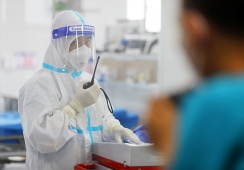 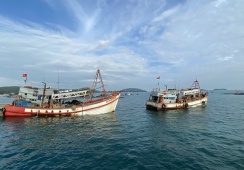 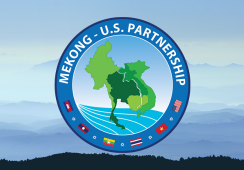