It requires all parties concerned in the drive to bring down Vietnam’s sex ratio at birth, which is the highest in Asia.

Stronger multi-sectoral cooperation among all stakeholders is necessary for Vietnam to address issues of gender-based sex selection and to challenge gender norms and stereotypes.

The idea was put forth by the UNFPA and the Embassy of Norway in Hanoi in a dialogue held on Mar 7, enabling all parties concerned to promote gender equality and increase the value of girl child and recast men’s role in society and family settings.

In Vietnam, gender-biased sex selection (GBSS) is considered to result from son preference, fertility limitation, and the availability of reproductive technology.

For that reason, the dialogue, which is under the “Addressing Gender Biased Sex Selection and related harmful practices in Vietnam” project funded by the Government of Norway in 2020-22, shared international and innovative approaches to change socio-cultural norms leading to GBSS in Vietnam.

Men’s roles and involvement in promoting gender equality and ending GBSS, as well as the importance of strengthening the country’s coordination mechanisms for GBSS were also discussed at the event.

Norwegian Ambassador to Vietnam Grete Løchen said: “The dialogue today was another opportunity to discuss and share the best international practices to address gender-biased sex selection. It is not only to raise public awareness but also to call for behavioral change, especially among men and boys.”

She emphasized that Norway gives high priority in its development policies to strengthen global norms against harmful practices and promote the rights of girls and women, calling for joint efforts in stopping GBSS for the brighter future of the next generations and for a prosperous Vietnam.

Addressing the dialogue, UNFPA Representative for Vietnam Naomi Kitahara warned of the high imbalance of sex ratio at birth in Vietnam, which is the third highest in Asia, stressing the importance of stronger actions, including the fertility measures where individuals and couples are able to choose the number, spacing and timing of children, in line with the principles of the International Conference on Population and Development.

“I want to appeal for more participation of men and boys in ending gender-biased sex selection. As we celebrate International Women’s Day on March 8, it is important to recognize that women are often under pressure from their families to conceive a son rather than a daughter. There, men’s understanding and support for women can make a lot of difference, Naomi Kitahara noted.

The discussion focused on the findings of the review and research conducted by UNFPA, the General Statistics Office, and the Ministry of Health in the past years using the 2019 Population and Housing Census on the current GBSS situation and interventions in Vietnam.

Vietnam has legal and policy frameworks and national programs to promote gender equality and prohibit GBSS. However, there are some policy gaps and law enforcement challenges. The current policies focus largely on health interventions, and less on socio-cultural and fertility measures, according to the panelists.

In this regard, the coordination mechanism among different ministries is also essential, they said.

Communication programs in the future should aim at transforming social and gender norms with regard to preferences to boys over girls and the consequences of GBSS with the target placed on young people, especially boys, using diverse and creative communication channels, digital technology and social networks, in addition to traditional and established communication programs.

Sharing concerns about GBSS in Vietnam, Pham Vu Hoang, Deputy Director General of the General Office of Population and Family Planning, MoH, said: “If sex imbalance at birth in Vietnam continues to be uncontrollable, it will unpredictably impact the country’s socio-economic development and even the political security as well as the country’s sustainable development. This is one of the major challenges in the population area in Vietnam.”

Hoang said Vietnam, over the past years, has implemented many policies and programs to address this issue, including the Population Strategy until 2030 and the project on addressing sex imbalance at birth in 2016-2025 with an aim to bring the sex ratio at birth to the natural balance.

Data from the 2019 Population and Housing Census estimates that every year, 45,900 girl births are missing in Vietnam, and there is evidence to suggest that this results from prenatal gender-biased sex selection. It means that 45,900 girls are not born every year in Vietnam because they were found to be a girl.

It is also estimated that among adults aged 15–49 years, there will be 1.5 million excess males by 2034, which can further increase to almost 2.5 million by 2059 (9.5% of the corresponding male population) if the current sex imbalance at birth does not decline. Vietnam’s unbalanced sex ratio at birth reached 111.5 male births for 100 female births in 2019 while the natural balance or “normal” sex ratio is between 105 – 106 boys per 100 girls. 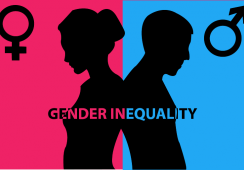