Vietnam’s calculation of the localization rate should be consistent with international practices, which are based on the proportion of domestically generated value rather than the parts produced within the country.

Vietnam’s current calculation method of localization rate in the automobile industry is no longer suitable to the actual practice and clauses stated in free trade agreements (FTAs) that the country is a part of.

Deputy Minister of Industry and Trade (MoIT) Do Thang Hai gave the remarks in the ministry’s monthly press conference held on January 12.

“The calculation of localization rate based on auto parts and accessories produced in Vietnam, which was introduced in 2004, has now become obsolete, and required adjustment,” Hai said, noting the MoIT would cooperate with the Ministry of Science and Technology to make the necessary changes.

According to Hai, the current method does not fully reflect the value and technological contents of auto parts in a final product, adding different technologies and materials would result in a vast difference in value for the same type of car parts.

The deputy minister noted Vietnam has been a member of new-generation trade agreements, including the ATIGA, CPTPP, EVFTA, or RCEP, in which all parties pledged to gradually reduce the tariff to 0% for imported car parts.

“In order to enjoy the 0% tariff and meet the required localization rate stipulated in each FTA, Vietnam’s calculation of such a rate should be consistent with regional and international practices, that is to base on the proportion of value generated domestically rather than the parts produced within the country,” he continued. 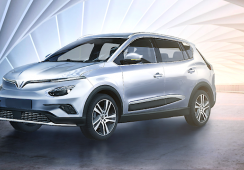 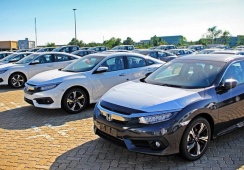 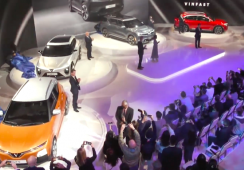 Vietnamese automaker switches to all electric vehicles in 2022