Vietnamese automaker VinFast, a subsidiary of conglomerate Vingroup, plans to build an automobile factory in the US with the aim of selling electric cars in California in 2022.

The Vietnamese automaker declined to provide details about investment, timing and location. However, the company will develop high-end models for the market in the immediate term and open 35 showrooms and service centers this year.

California authorities have granted the Vietnamese company a license to test autonomous vehicles on public streets. Last September, the US state’s Governor Gavin Newson set a roadmap to stop selling gasoline cars by 2035 in order to make it a "zero-emissions" state. This policy is considered  the driving force for VinFast to strongly invest in electric car fabrication and distribution in the US market, according to VinFast CEO Thai Thanh Hai.

The  market for electric cars in North America will not be easy for any  automaker, according to foreign experts. Ford Motor Co. and General Motors Co. are investing billions of dollars in electric cars, while other investors are also pouring  money to bring electric vehicle startups into North America through reverse mergers, typically Lucid Motors Inc., Lordstown Motors Corp., Fisker Inc., Canoo Inc., Xos.

“VinFast’s vision is to become a global smart electric car company and the US market is one of the first international markets that we will focus on,” Hai said, adding that the company is also planning sales in Canada and Europe next year. In January, VinFast introduced two luxury electric SUV models which will be sold in the US, Canada and Europe.

Entering the auto industry three years ago, the company has an auto plant in the northern province of Hai Phong and research and development centers in Australia, Germany and the US.

Previously, billionaire Pham Nhat Vuong, Chairman of Vingroup, in an interview with Bloomberg said that he would pour US$2 billion into VinFast to export cars to the US market. 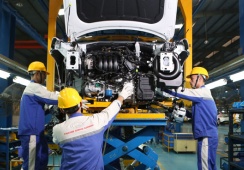 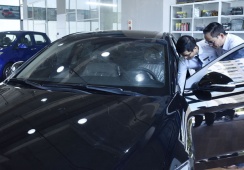