Vietnam declares the national epidemic after the country found six infected cases, including one under human-to-human transmission.

The decision was made shortly after the Ministry of Health announced the outbreak in the coastal province of Khanh Hoa, a tourist hub, a day ago after the locality confirmed a resident positive with nCoV under human-to-human transmission from Chinese visitors.

The first reported cases of nCoV in Vietnam were two Chinese nationals on January 23.

Since then, the number of infected people has hit six and they are in the northern province of Vinh Phuc and the central provinces of Thanh Hoa and Khanh Hoa.

Three of the patients came back to the country from China’s Wuhan city where the nCoV broke out in December 2019.

The government has announced a number of preventive methods, namely setting up the National Steering Committee on Epidemic Prevention; declaring and making reports of outbreak; providing checkups, emergency, and treatment; making medical isolation; improving sanitation; conducting individual protection; controlling the travel to and from the affected areas; mobilizing resources for the epidemic control; promoting international cooperation against the epidemic.

Before declaring the national outbreak, Vietnam has set up an epidemic prevention working group chaired by the minister and head of the Government Office, and quick response teams equipped with modern medical equipment, and mobilized by experienced doctors.

Under the decision, the country will deploy field hospitals if needed.

Earlier, some cities and provinces, especially those bordering with China, have made plans to cope with the epidemic.

Da Nang, the central coastal city, a favorite tourist attraction of Chinese visitors, has planned to build a field hospital of 200 beds.

The northern province of Lao Cai, which shares two international border gates, one national border gate, one transnational railway, and seven paths with China, has tightened medical check on Chinese visitors, and provided medical masks and hand sanitizer to drivers at immigration checkpoints. 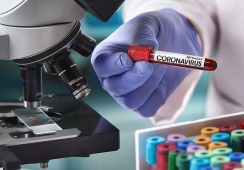