Vietnam c.bank reportedly sells over US$10 billion from FX reserves

The move is expected to help accommodate the momentum of the exchange rate and the pressure on foreign exchange reserves.

The State Bank of Vietnam (SBV) has reportedly sold over US$10 billion from its foreign exchange reserves amid growing pressure on the exchange rate, according to the Viet Dragon Securities Company (VDSC).

The report noted deposit balance of the Vietnam State Treasury (VST) at the state-owned banks was about VND110 trillion ($4.73 billion), continuing to support the liquidity of the Vietnamese dong (VND) on the market. In addition, the VST also bought $75 million from commercial banks last week, equivalent to VND1.74 trillion injected into the banking system.

In line with such a move, the SBV on June 21 started conducting outright bill sales with a small amount of VND200 billion ($8.6 million). In the next few days, the central bank continued to withdraw VND with an accumulated amount of VND70 trillion ($3 billion).

The auctioned interest rates increased from 0.3% on the first day to 0.7% in the next three days. Despite the effort to monitor the VND supply to narrow the swap rate gap, VND interbank lending rates bounced back slightly to 0.5% on June 24 from 0.3-0.4% a few days earlier.

“We think that this action will help accommodate the momentum of exchange rate and the pressure on FX reserves,” stated the VDSC.

Last week, Deputy head of the SBV’s Monetary Policy Department Pham Chi Quang noted the agency is ready to sell foreign currencies in case of high demand in the market.

Quang expected this would help ensure banks and credit institutions have the means to meet the demand for foreign currencies from individuals and organizations.

Credit demand on the rise

Meanwhile, Vietnam’s credit growth maintained its momentum, reaching 8.2% as of June 10 compared to 7.6% on May 23. Large banks were reported to approach their respective credit growth quotas, thereby, limiting the pace.

On the funding side, deposits expanded at a slow pace also, which might be attributed partially to the USD outflow, noted the report.

On June 15, most of the bonds were successfully issued except the 20-year bonds. This contradicts the situation at the end of the first quarter when the success rates were low and the auctions were considered failed for many terms.

The winning yields for the 10-year and 15-year terms increased by three bps compared to the last auction. Given the decline in the costs of borrowings on Market 2, the demand for bonds was supported. On the secondary market, bond yields did increase at a moderate pace (6-18 bps) due to the Fed’s rate hike. 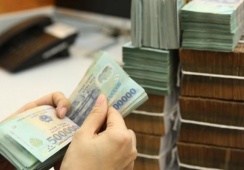 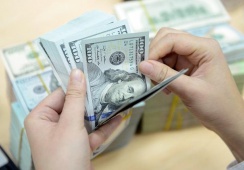 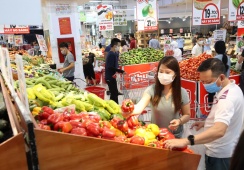