The license might be issued in the final trial that is expected to last two months from June.

Vietnam’s homegrown Covid-19 vaccine Nanocovax will likely be licensed for emergency use in a phase 3 clinical trial, which begins in June 2021.

“Nanocovax can be authorized for emergency use like other kinds abroad after it gets approval by the Research Ethics Committee (REC) and decision by the government,” Deputy Minister of Health Do Xuan Tuyen told local media on May 31.

Developed by Nanogen Pharmaceutical Biotechnology JSC (Nanogen), Nanocovax begins phase 3 of clinical trials domestically with around 13,000 volunteers aged between 18 and 75.

Prof, Truong Viet Dung, head of the Research Ethics Committee (REC), told that the acceptability of research before participants could be enrolled in a study. It would take about two months to ensure enough scientific evidence about Nanocovax that is available for emergency use.

Nanocovax, unlike mRNA vaccines which require below-zero storage, could be kept at between two and eight degrees Celsius, ideal for distribution across Vietnam and beyond in the region.

It is a recombinant protein vaccine made using animal cells. Dr Do Minh Si, Nanogen’s Research and Development Director, said that his company has been mastering this technology for over 10 years, so it takes about five to six months for them to introduce a candidate vaccine for preclinical and clinical research.

The Ho Chi Minh City-based company is capable of producing 120 million doses per year. Deals to expand its capacity are being discussed with Indian and Korean production plants, Si noted.

The company is expected to sell two-dose Nanocovax to the government for about US$5 per vaccination.

Regarding this, different international health experts have made good remarks on Vietnam’s vaccine production capacity and the possibility of Covid-19 vaccine technology transfer.

In mid-May, the World Health Organization (WHO) said it was reviewing a proposal by a Vietnamese vaccine manufacturer to become an mRNA-based Covid-19 vaccine technology hub in Vietnam.

The proposal is in line with WHO’s efforts to expand the capacity of low and middle-income countries to produce and scale up the manufacturing of vaccines to help bring the pandemic under control.

Obviously, Vietnam is expected to apply for “large-scale manufacturing” of an mRNA-based Covid-19 vaccine.

Vaccines with mRNA technology like that developed jointly by BioNTech and Pfizer, prompt the human body to make a protein that is part of the virus, triggering an immune response.

Nitin Kapoor, Chairman and General Director of AstraZeneca Vietnam, said the cooperation between Vietnam and his company in the global vaccine supply chain is potential as the country has made progress in pharmaceuticals and biology.

AstraZeneca has evaluated Vietnam’s capability in the global vaccine supply chain but the process was disrupted due to Covid-19 movements, Kapoor said, adding that the company has planned to transfer pharmaceutical tech and invest in Vietnamese partners after the visit to Sweden-based AstraZeneca plant in 2019 paid by then Vietnam’s Prime Minister Nguyen Xuan Phuc.

Meanwhile, Japan has pledged to transfer Covid-19 vaccine tech to Vietnam in talks between the two countries' top leaders over the past few months.

How is Vietnam’s capability of producing vaccine?

Regarding vaccine production capacity, the National Regulatory Authority (NRA) of Vietnam moves one level in the WHO’s rating scale for the safety and efficacy of vaccines.

With Maturity Level 3 presents a stable, well-functioning, and integrated regulatory system in the four-level system, Vietnam is listed among 50 out of 194 countries obtaining levels 3 and 4.

In 2015, Vietnam had a fully-equipped national regulatory system. It means that Vietnam’s NRA is compliant in all areas required to provide regulatory oversight of vaccines: overall system framework; marketing authorization and licensing; post-marketing surveillance, including for adverse events following immunization; lot release; laboratory access; regulatory inspections of manufacturing sites and distribution channels; and authorization and monitoring of clinical trials.

With a regulatory system for vaccines documented to comply with international standards, vaccine manufacturers in Vietnam are now eligible to apply for WHO prequalification of specific products. 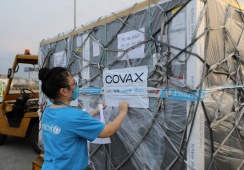 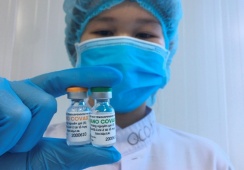 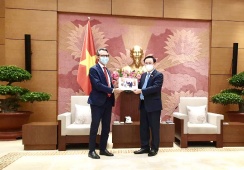