The 2021 best countries for education are ranked based on a perception-based global survey.

Vietnam ranked 59th, up five notches compared to 2020 in the global ranking of 2021 best countries for education, which was released by the US News and World Report (USNEWS) this week, according to the Ministry of Education and Training.

This proved that positive changes in the Vietnamese education sector have been recognized by international organizations, the ministry said.

The 2021 best countries for education are ranked based on a perception-based global survey, which used a compilation of scores from three equally weighted country attributes: having a well-developed public education system, whether people would consider attending university there and if that country provides top-quality education.

In Southeast Asia, Vietnam stands behind Singapore, Thailand, Indonesia, and the Philippines that rank 21st, 46th, 54th, and 55th globally. The country is then followed by Cambodia in 75th and Myanmar in 76th.

Last month, seven Vietnamese universities were also listed in the Impact Rankings 2022 released by the Times Higher Education (THE).

Commenting on Vietnam's performance in this program, Simone Vis, head of UNICEF’s Education Program in Vietnam stressed that it was very impressive.

Vietnam's results are much better than other countries participating in the assessment, Simone Vis said, adding that she is very impressed and proud of the achievement. In general, the quality of the country’s primary education has improved over the past years, not only in the region but also in the world. 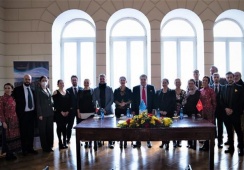 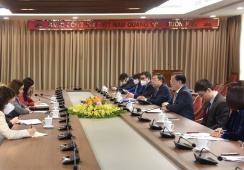