Vietnam is ranked 63rd out of 113 economies in the Global Index of Digital Entrepreneurship Systems (GIDES), a new index developed by the ADB to rate the national environment for digital entrepreneurship.

The index measures the quality of the environment for digital entrepreneurs by looking at the level of digitalization in eight areas: culture, institutions, market conditions, infrastructure, human capital, knowledge, finance, and networking.

The ADB’s report suggested by far the biggest weakness of Vietnam’s digital entrepreneurial ecosystem is the lack of human capital.

It called for local digital entrepreneurs to strengthen their knowledge and skills to become more innovative, while educational reform that encourages independent and critical thinking holds the key to producing a larger pool of innovative entrepreneurs. Training in soft skills and a greater focus on business ethics are other reform needs, it said.

“Digital entrepreneurship helped economies stay afloat during the Covid-19 pandemic, and it can become a major engine of growth and innovation in the post-pandemic world,” said ADB Chief Economist Albert Park. “For this to happen, there needs to be a supportive environment enabled by conducive policies and incentives. While the environment for Asia’s digital entrepreneurs made substantial strides in the past couple of years, there’s still a lot of room for improvement.”

According to ADB, Vietnam's entrepreneurial ecosystem lags behind those of the other five ASEAN-6 countries (Indonesia, Malaysia, Philippines, Singapore, Thailand, and Vietnam).

“However, cultural support for entrepreneurial activity is one notable strength, featuring broad societal recognition of the vital role of entrepreneurship in economic growth and a generally positive public image for entrepreneurs,” added the ADB.

In addition, business opportunities abound in Vietnam’s fast-growing economy, and the government is investing heavily in ICT infrastructure, it said.

“It is a driver of innovation, which is key for economies striving to achieve high-income status. It can also make economies more resilient, as seen when digital technology helped many businesses survive the Covid-19 pandemic, and also promote inclusive growth by lowering the cost of starting a business,” stated the ADB.

Among the key findings, Singapore is considered to have the world’s best digital environment and support system for entrepreneurs, followed by the US and Sweden.

But 17 of the 21 developing Asian economies included are ranked toward the bottom—underscoring the need for many of them to nurture digital entrepreneurship, noted the ADB.

In addition to investing in digital infrastructure such as broadband networks, ADB called for governments to promote political stability, reliable legal systems, open and competitive markets, and strong property rights. An ADB analysis shows that a strong rule of law has a positive effect on enterprise innovation, while less corruption in a society is correlated with an increase in the entry of new entrepreneurs into the market.

“For Asia and the Pacific as a whole, insufficiently supportive culture is among the biggest weak spots when it comes to nurturing digital entrepreneurship. One example is a general lack of public appreciation for the vital role that entrepreneurs play in economic progress. One way to change this is to improve the public perception of entrepreneurship through education,” it said. 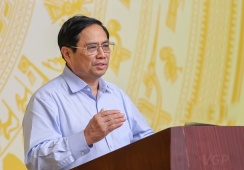 People and businesses urged to take part in the digitalization: PM 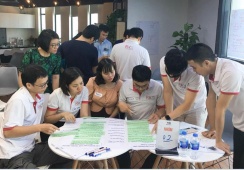