People and businesses urged to take part in the digitalization: PM

Digitalization is seen as a major instrument for Vietnam to promote an independent and self-reliant economy.

Businesses and people should be the main beneficiaries and the driving force for the national digital transformation, so the Government encourages them to take an active part in this process.

Prime Minister Pham Minh Chinh stressed the goal during a meeting of the National Committee on Digitalization today [August 8].

According to Chinh, efforts from Government agencies and localities have been translated into strong progress in Vietnam’s digitalization and contributed to the socio-economic recovery.

The prime minister, however, pointed to the incompleted legal environment as the reason hampering the digitalization process, while a lack of investment in digital infrastructure, including the mobile and fixed broadband internet speeds behind the world average, means it has failed to create breakthroughs in the required infrastructure to support digitalization.

Chinh also expressed concern over the slow progress in the development of a national database on land management, ineffective data sharing mechanism among Government agencies, and the low rate of people using online public services (1.78% in 2020, 9.51% in 2021, and 18% in seven-month period of 2022).

With digitalization seen as a major instrument for Vietnam to promote an independent and self-reliant economy, Chinh called for greater determination from the entire political system in this regard.

He expected Vietnam to mobilize all resources for digitalization, including the public-private partnership mechanism, so that the process would truly benefit businesses and people.

For the coming time, Chinh requested each province/city to announce its respective digital platform to help address citizens’ concerns during the process of socio-economic development.

“There should be a digital tech community group to help people use digital platforms,” he said.

On the overall progress of digitalization in Vietnam, Minister of Information and Communications Nguyen Manh Hung noted to date that all 22 ministries and ministerial-level agencies, and 63 provinces/cities have set up their steering committees for digitalization.

“Government’s operation has gradually been shifted to the paper-less environment, along with new services to support daily needs of businesses and people,” said Hung.

The database sharing network connects the central Government to 100% of districts and 97% of the communes nationwide.

In addition, the national database on citizens has been shared by 11 ministries and 14 provinces/cities;  68 million chip-based ID cards have been issued, and the use of ID cards for cash withdrawal at ATMs and accessing health treatment at medical facilities are being piloted.

The national database on insurance has currently managed data from 27 million households, including that 98 million people.

According to Hung, the national online public services portal is providing 3,699 public services and 2.1 million registered accounts, nearly triple the figure in the same period of last year.

Hung added that 41 out of 63 provinces/cities have set up 36,300 digital tech community groups with 200,000 members to help locals access digital services and apps.

Meanwhile, the rate of businesses paying tax online has reached 99%, while cashless transactions rose by 76% year-on-year in quantity and 30.6% in value during the first five months of 2022. 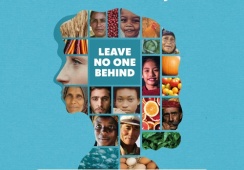 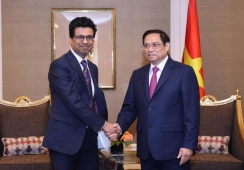