Market capitalization on the HoSE, home to majorly large-caps, dropped around US$11.78 billion.

Such chaos occurred on the same day that Vietnam confirmed 82 community cases of Covid-19, ending a streak of 55 consecutive days with no local transmissions.

It is estimated that the market capitalization on the HoSE, home to majorly large-caps, dropped around US$11.78 billion, when as many as 478 tickers went down, 276 of which hit their floor prices, versus 20 gainers, while 12 others stayed still.

Banking expert Nguyen Tri Hieu told Hanoitimes while the Covid-19 resurgence may be a major factor that trigger a wave of sell-off in the stock market, especially from new and inexperienced investors, or F0, the issue runs rather deeper than that.

“In 2020, the stock market may be overheated that went on from 800 to nearly 1,200, but economic fundamentals have not improved as expected,” he said.

While Vietnam remains a few countries with a positive economic growth of 2.91%, this was still its 10-year low growth rate, not to mention the large number of enterprises going bankrupt last year as a result of Covid-19, he noted.

“Whether the economy is in a better condition compared to the past or not is still debatable, but the fact that stock market still went from strength to strength is a concern,” Mr. Hieu asserted.

“The stock market may continue to face correction phase in next few trading sessions,” he concluded.

“I became an investor in the stock market when the Vn-Index reached its rock-bottom of around 600 in March, and not long ago the index nearly surpassed its all-time high [1,204],” she explained to Hanoitimes.

“It is possible that the market would quickly rebound once the government puts the Covid-19 resurgence under control,” Mrs. Hai Yen suggested. 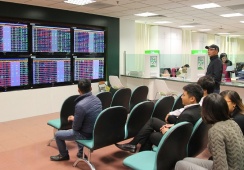 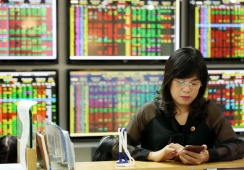 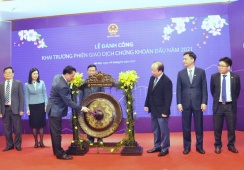