Vietnam's corporate bond market estimated at US$11 billion in H1

In the six months, companies have also bought back corporate bonds worth VND62 trillion ($2.65 billion) before their maturity date.

Vietnamese companies issued bonds worth VND258 trillion (US$11 billion) during the first six months of 2022, according to the Ministry of Finance (MoF).

The MoF noted while the volume of corporate bond issuance was on the decline from February to April, the figure was on the tendency to rise since May.

In the six months, companies have also bought back corporate bonds worth VND62 trillion ($2.65 billion) before their maturity date, including VND49.1 trillion ($2.1 billion) in the second quarter, a move that is seen as an attempt to pay off their debt early and benefit from favorable interest rate drops.

The MoF called for individual investors to stay cautious when purchasing corporate bonds, which is different from banks’ savings.

“Companies would be solely responsible for any payments related to bond issuance,” stated the MoF, adding investors should be aware of the risks in case the issuers in subject  default.

In addition, with the majority of guaranteed assets for corporate bonds being stocks or real property projects, volatile real estate and stock markets may cause negative impacts on companies’ repayment capabilities, noted the ministry. 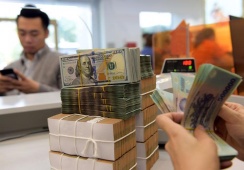 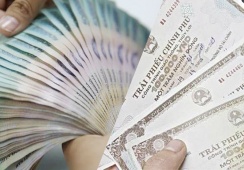