The Pencak silat fighters are hurriedly doing preparation while taking care of their diet and rest regimen so that they are fit enough to practice.

The Hanoi Times talks to the head coach about the challenges facing the Vietnamese Pencak silat team to reach its goal at the upcoming SEA Games 31.

Can you tell us about the Vietnam national Pencak silat team’s training in preparation for SEA Games 31?

The Vietnam national Pencak Silat team has gathered at the Hanoi National Sports Training Center to prepare for the SEA Games 31. Pencak silat competitions will be among the first to take place at the SEA Games.

This period is an important time. The athletes are hurriedly doing preparation while taking care of their diet and rest regimen so that they are fit enough to practice.

The General Department of Sports and Physical Training created favorable conditions for the national team to compete in the Southeast Asia Pencak Silat Championship in Singapore in February this year, and attend training in Thailand from March 22 to April 3. Now, the team is at the Hanoi National Sports Training Center for training.

Pencak silat’s competition rules were revised in 2020, so how is the Vietnam team getting accustomed to them?

The new Pencak silat competition rules have undergone a 180-degree change. Particularly for the tanding (combat) athletes, who have not participated in competitions in the past two years due to the Covid-19 pandemic, how the new rules are applied in practice is still unclear.

In training and tactical analysis sessions between coaches and athletes, we always focus on knockdowns. All our athletes will have to consider whether or not such blows are allowed. The team must practice carefully so that once entering the competition arena, they will know how to abide by the rules.

Anyway, we were really fortunate that the athletes were able to participate in the championship in Singapore. One day before the competitions, the (Singapore) Silat Federation also provided guidelines for coaches and athletes.

Due to too many changes, it is difficult for the athletes to learn by heart all the difficult movements and techniques. It is necessary to continue training more thoroughly while concealing our tactics before the 31st SEA Games.

There is a view that the Thailand national Pencak silat team is the Vietnam team's main rival at the 31st SEA Games. Do you agree?

We highly regard Thailand because this is a team with better stamina than others in the region. As everyone knows, Thai martial arts are based on muay and the athletes are trained from a young age, so they have better skills than those from other countries.

However, muay is different from Pencak silat, and we have focused on improving our endurance to compete with Thai opponents. They don’t possess as diverse techniques as ones from Indonesia, Malaysia, Singapore, and Vietnam.

In addition to the Thailand team, which other opponents do you highly regard at SEA Games 31?

In categories such as 60kg, 65kg or 70kg, Thai athletes have both good technique and stamina. But I also highly regard the Indonesians and Malaysians as potential medalists. Additionally, the Singapore team also has advantages as they started to train with the new rules ahead of us.

What is the goal of the Vietnam national Pencak silat team at the upcoming SEA Games?

The whole Vietnam team, including the tanding squad and the seni (artistic) squad, expects to collect six to seven gold medals.

Competing on our home turf can put certain pressures on athletes. So how is the coaching staff stabilizing their mentality, as well as getting them in shape?

In any tournament, we always raise the athletes’ spirit before matches, without placing pressure on them. The coaching staff just gives analyses and encourages the athletes to bring out the best in themselves.

Also, no one in any weight category is under pressure of winning gold medals. Still, there are some who are nervous before the matches. 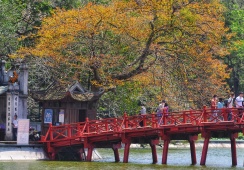 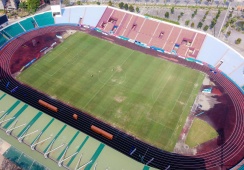 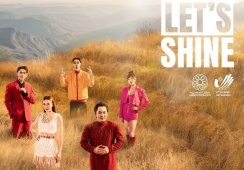