The fact that interest rates are still very low, will help the local stock markets continue to be an attractive and profitable channel, thereby attracting domestic investor.

In 2021, a potential strong economic recovery with an estimated GDP growth of 6.5% by the government will be the main pillar for the market and take the Vn-Index to nearly 1,300, after having surpassed the threshold of 1,000 last year, according to Viet Dragon Securities Company (VDSC).

“The fact that interest rates are still very low, will help the local stock markets continue to be an attractive and profitable channel, thereby attracting domestic investors,” stated the VDSC in its latest report.

In addition, Vietnam will be appealing to foreign investors in the context that the economy of the US and other developed countries has yet to get rid of Covid-19, while Vietnam continues to enjoy rapid growth, it added.

The VDSC also referred to a potential upgrade of the Vietnamese stock market from frontier market to emerging market by MSCI and FTSE in the near term, in turn boosting global investors’ interest in the stock market.

However, the rapid rise of the market could push individual investors to use margin (which currently dominates the market), thereby escalating market risks. Another factor that investors should bear in mind is that  the recent US labeling of  Vietnam as a "currency manipulator" would increase the risk of US tariffs on exports from Vietnam and will affect the general market sentiment.

Looking back to 2020, foreign investors remained as net seller, the net selling value was even largest in the past four years. According to VDSC, the complicated situation from global factors including Covid-19 and the US presidential election have moved foreign capital flows out of such frontier markets  as Vietnam when they have incentive to withdraw capital on high-risk assets amid the turbulent condition to safer assets such as bonds and stocks of developed countries.

In 2020, foreign investors remained net selling through matching orders but they net bought well via put-through transactions, indicating that foreign investors are starting to be more selective in their investment on stock market.

However, VDSC’s report expects the foreign money flows would be more positive as signs of turnaround happened in November and December. Specifically, foreign investors reduced their net selling in November when the US presidential election results were relatively clear. In December, the turnaround was even clearer when they started to net buy while remained as net seller in other Asia countries.

In 2020, there had been strong capital flows from domestic investors, especially individuals. The number of newly opened accounts in November surpassed its previous peak in March 2018. Historically, this was not a good signal as the market dropped after that as the number of new accounts was at its highest.

“However, this does not indicate another market selloff as the current situation has completely changed,” it noted. Specifically, monetary policy has been loosened several times this year in Vietnam and around the world. The US Fed also has no intention to raise interest rates as they still prioritize a recovery.

The continuous interest rate cuts from the US also brought pressure on interest rates in other countries, including Vietnam. Despite the differences in the economic and political structure, we believe that the lowering of lending and deposit rates by Vietnamese commercial banks under the direction of the State Bank has the same effect as the quantitative expansion policy from the United States. Therefore, the continuous low interest rate environment would incentivize deposits from banks to filter into the stock market. 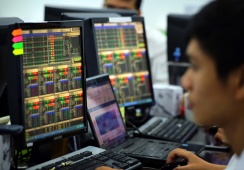 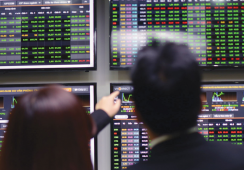