Vietnam and South Korea would put their utmost efforts to realize the target of US$100-billion bilateral trade in 2020 amid growing uncertainties surrounding global economy, according to the Ministry of Industry and Trade (MoIT).

In a meeting on February 19 between Vice Minister of Industry and Trade Tran Quoc Khanh and his South Korean counterpart of the Ministry of Trade, Industry and Energy (MOTIE) Park Ki Young in Seoul, the two sides agreed on four main points in an action plan to realize the target, including: (1) both governments continue to promote South Korean investment in Vietnam; (2) supporting South Korean companies operating in Vietnam to increase their exports back to their home country; (3) creating favorable conditions for Vietnam to export key staples to South Korea, including textile and garment, footwear, wooden products, farm produce and processed food; (4) promoting technology transfer and technical assistance from South Korean companies to Vietnamese peers for higher competitiveness of the latter in fields such as automobile, textile, chemicals, manufacturing and processing.

The action plan is expected to be finalized ahead of the trip of South Korea’s Minister of Trade, Industry and Energy Sung Yun-mo to Vietnam in late March or early April.

Vice Minister Khanh said Vietnam has put the Covid-19 epidemic under control. 15 out of a total of 16 cases have tested negative for Covid-19 after treatment, and there have been no new cases of infection to date.

Park said South Korea remains firm on the “New Southern Policy” and plans to push forward with the “New Northern Policy” in the coming time to diversify its markets and supply chains.

The move would help South Korea avoid dependence on a number of suppliers as it happened during the Covid-19 epidemic, Park added.

Khanh requested the MOTIE to work with related ministries in South Korea to speed up the approval process for Vietnamese fruits and agricultural products to be sold in major distribution channels in South Korea. 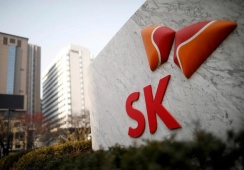