As of April 19, convalescents account for 75% of the country's confirmed infections.

Vietnam has reported no new coronavirus cases over the past three days, keeping the tally at 268 as of April 19, statistics by the Ministry of Health showed.

Meanwhile, the number of convalescents reached 202 as of Sunday, accounting for 75% of total people infected with SARS-CoV-2.

Patient No.188 in Hanoi discharged after treatment has tested positive again, according to the city's Center for Disease Control (CDC). The female patient is Vietnam's second case to test positive for the coronavirus after having tested negative several times and been discharged from hospital.

Hanoi, which has the highest number of infections and a village put on lockdown, has taken 1,064 coronavirus samples of vendors at five wholesales markets in the past two days in at random. All the tests have turned negative.

So far, Hanoi has taken more than 73,000 out of more than 206,000 tests nationwide, four to five times higher than the national average rate, according to the municipal Department of Health.

Vietnam in general wants more widespread testing so that officials have a better ability to track and isolate those who are infected and to soon apply protective measures timely.

Nearly 70,000 people are currently under quarantine, including more than 38,000 at military barracks, according to the National Committee for Search and Rescue (Vinasarcom). 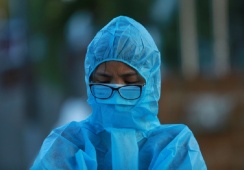 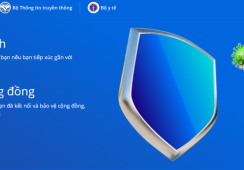 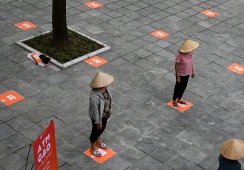