The move ended a retail brand name that has been familiar with local customers for the past 22 years.

Central Group Vietnam, the owner of the retail chain Big C Vietnam, has announced its decision to rename the brand into GO! and Tops Market, officially ending a name that has been familiar with local customers for the past 22 years.

The change was actually delayed by nearly five years against Central Group’s original plan. In 2016, the Thai-based group had completed the acquisition of Big C Vietnam from France’s Casino Group.

Central Group is entitled to use the Big C brand in 10 years, but it wanted to change the name right after completing the deal. However, the transition was not easy due to the prestige of Big C brand among local customers.

In Hanoi, the four Big C super markets, including the Garden, Ha Dong, Nguyen Xien and Le Trong Tan, are scheduled to complete the change into Tops Market in this third quarter. 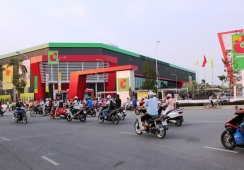 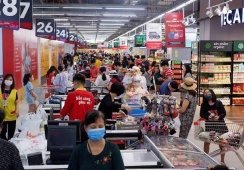