The Vietnamese aviation authority is carrying out the process of granting an import license for the aircraft into the country.

The Civil Aviation Authority of Vietnam (CAAV) has proposed the Ministry of Transport (MoT) allow Boeing 737 Max airplanes to enter Vietnam’s airspace after a two-year ban.

The CAAV also asked the ministry to authorize the import of the Boeing 737 Max airplanes into Vietnam.

This proposal came after the discussion between the head of the CAAV and Boeing’s representative about the current situation of this aircraft around the world. It is based on the evaluation results of these countries’ aviation authorities and the safety index of the Boeing 737 Max aircraft after its resumption.

Previously, in March, the local authority also submitted a report, which cited Boeing’s efforts to address technical issues of the aircraft model and assessment from aviation authorities in the US, Canada, Europe, and Brazil.

In response to the news, Boeing spokesperson told the Hanoi Times: “We continue to work with global regulators and customers to safely return the 737-8 and 737-9 to service worldwide. For any particular timeline on a specific country, kindly refer to the regulator.”

According to updated information from aircraft manufacturer Boeing, some 178 out of 195 aviation authorities in the world have lifted the ban on operations for Boeing 737 Max aircraft, including re-issuance of standard airworthiness certificates, permits for departures, arrivals, and transit flights.

Besides the US Federal Aviation Administration (FAA) and the European Union Aviation Safety Agency (EASA), aviation authorities in Brazil, Japan, and Australia also allowed the Boeing 737 Max to return to service. The aviation authorities of China, the world's second-largest market for commercial air traffic, and Indonesia are expected to lift the ban this September.

In March 2019, the CAAV suspended the issuance of new licenses for the aircraft to fly in Vietnam’s airspace, following the two crashes that killed many people in Indonesia and Ethiopia. 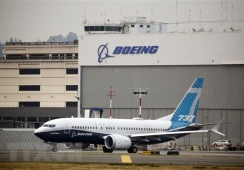 Boeing B737 Max greenlit to fly over Vietnam airspace 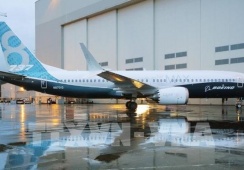 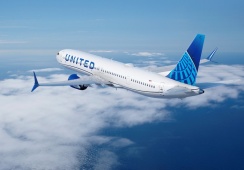