Car sales in Vietnam in the January–November period dropped 14% year-on-year to 246,768 units across all segments.

The number of cars sold in Vietnam in November increased by 9% month-on-month and 22% year-on-year to 36,359 units, which came on the back of strong growth of 22% inter-monthly in the sales volume in October, according to data released monthly by the Vietnam Automobile Manufacturers' Association (VAMA).

However, car sales in Vietnam in the January–November period dropped 14% year-on-year to 246,768 units across all segments. Meanwhile, sales of domestically assembled cars reached 158,306 units during the period, down 7% compared to the same period of last year, while imported completely-built-units (CBUs) totaled 90,462 units (-24%).

The market expects the number of car sold in the final month of this year to exceed that of in November, as the government's policy of 50% reduction in the registration fee for domestically-produced cars is set to expired by year-end.

That policy, along with other sales promotion program during the final festive period of the year, is expected to further heat up the domestic car market.

92% of car imports from Thailand, Indonesia and China

Data from the General Department of Vietnam Customs showed the number of imported cars increased by 7.8% month-on-month in October to 13,653 units, worth US$283 million.

Notably, 92% of imported cars in Vietnam in October came from Thailand, Indonesia and China, with the corresponding volumes of 7,599, 4,048 and 918 units.

Overall, 80,110 cars were imported into Vietnam between January and October, down 33.8% year-on-year. 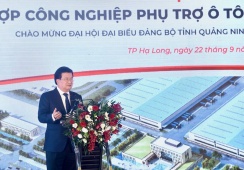