Vietnamese and international viewers will enjoy the unique works of worldwide cinema industries.

The sixth Hanoi International Film Festival (HANIFF) will make a comeback and is scheduled to take place in Hanoi between November 8 and 12, according to the Ministry of Culture, Sports and Tourism.

After a two-year hiatus due to the Covíd-19 outbreak, the new context of safe and flexible adaptation to the pandemic makes its 6th edition this year a special one, the ministry said, authorizing the Vietnam Cinematography Department and relevant agencies to organize the event.

The film festival also aims to encourage new talents in the movie industry in Vietnam and worldwide while promoting cooperation among filmmakers for the development of cinema.

Besides, unique works of worldwide cinema industries will be screened at the event.

The festival will also offer an opportunity for Vietnamese cinema to integrate into the international film market as well as make significant contributions to promoting the image of a safe, friendly, peaceful, hospitable, integrated and developing country, thereby positioning the brand of Vietnam in artistic creation towards sustainable socio-cultural development.

With the slogan of “Cinema-Humanism, Adaptation, and Development”, the 6th Hanoi International Film Festival is expected to attract the attention of citizens in the capital city and the whole country, creating new vitality and motivation for the development of Vietnam's film industry.

The sixth festival will include the screening of both competition and non-competition films and a contemporary film program.

Moreover, high on the festival agenda are seminars such as “The highlight of the Republic of Korea’s Cinema” and “Production, distribution and dissemination of films overcoming the Covid-19 pandemic”, and an exhibition introducing filming scenes at relic sites and cultural heritages in Hanoi.

The event will feature 80 long and 35 short films, along with programs introducing Spain's cinema and the Republic of Korea’s award-winning films, on the occasions of the 45th and 30th anniversaries of Vietnam's diplomatic ties with the two countries, respectively. A program on contemporary Vietnamese motion pictures is also on the festival's schedule.

On the sidelines of the film festival, viewers and filmmakers can participate in other activities including a film project market, outdoor screenings of films, exchanges with movie stars, and the screenings of films for the media.

The HANIFF, held for the first time in 2010 as Vietnam International Film Festival, is the first international film festival in Vietnam, which introduces new films of all genres, including feature, short, documentary, animated to the audience.

Since 2016, it has been open to participation from all countries, rather than just films in the Asia-Pacific region as before.

The festival is jointly organized by Vietnam Cinema Department under the Ministry of Culture, Sports & Tourism and the Hanoi Department of Culture & Sports. 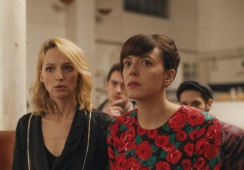 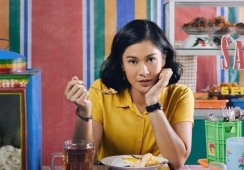 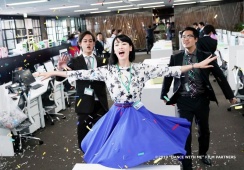