If approved by the Hanoi People's Committee, one of Hanoi’s major bridges will be repaired in 2020-2021.

Hanoi’s Department of Transport on August 23 requested the authorization from the municipal government to repair Chuong Duong bridge, one of the main arterial thoroughfares connecting northern and northeastern provinces, VnExpress reported.

In its request, the department said after 35 years in operation, many parts and structures of Chuong Duong bridge have been damaged and deteriorated.

The asphaltsurface of the bridge deck is cracked; the steel truss of the upper structure is wearing out.

Also, the bridge railing is only 1.1 meters high from the bridge surface, together with the small concrete edge, they are not safe for traffic.

The Department of Transport said that the above-mentioned damage would not affect the stability and load bearing capacity of the bridge, but if it is not repaired and strengthened in time, its deterioration would worsen in the time ahead.

If approved by the Hanoi People's Committee, Chuong Duong bridge will be repaired in 2020-2021.

Built from 1983 to 1986, Chuong Duong bridge was the first big bridge in Vietnam designed and built without foreign technical assistance.

Connecting Hoan Kiem and Long Bien districts, the bridge is 1,230 meters long with four two-way traffic lanes. It was built to help ease the traffic burden on the iconic Long Bien bridge.

Currently, Thang Long bridge, one of the first bridges connecting two banks of the Red river in Hanoi, is under comprehensive overhaul. The Ministry of Transport has asked relevant bodies to complete repairing its surfaceby September.

Thang Long bridge has a total length of 1.6km and spans the Red river, connecting Hanoi’s downtown with Noi Bai International Airport and the northern provinces with the capital city. 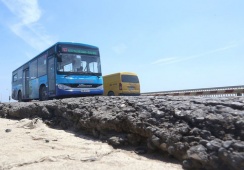 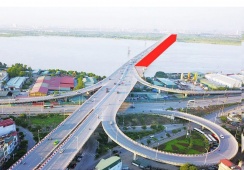