Among the four locations proposed to build a second airport for the Hanoi capital area, Ung Hoa district is considered the most suitable.

The Hanoi Department of Planning and Architecture has put forth a proposal to build a second airport for the capital region in Ung Hoa district, south of the city.

According to the proposal, a second airport is in line with the master plan on the development of the national system of airports in the 2021- 2030 period, with a vision toward 2050, approved by the prime minister in March.

The Hanoi Department of Transportation and transport consulting firm TEDI as well as other relevant agencies should develop a plan for Hanoi's second airport before submitting it to the Ministry of Planning and Investment for consideration.

Thus, in addition to expanding the handling capacity of Noi Bai International Airport to 100 million passengers per year, a second airport will be built in the southern area of Hanoi.

The department said the second airport located in Ung Hoa district would be the optimal choice as it is close to Hanoi, which saves travel time and is suitable for developing modes of access either by road, waterways and railways.

Moreover, the location in Ung Hoa district is mainly farmland, for which the airport construction would not affect residential areas, making site clearance easier. 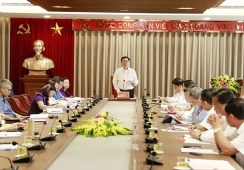 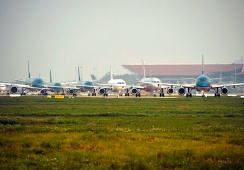