The city aims to exceed the budget revenue target for 2022 by 5% and disburse at least 90% of the public funds.

Hanoi is a major contributor to the state budget as the city remains top nationwide in terms of domestic revenue.

Secretary of the Hanoi Party Committee Dinh Tien Dung informed during a meeting on the city’s finance-budget situation on August 25.

During the first eight months of 2022, Hanoi’s economy has been firmly on the recovery track with a gross regional domestic product (GRDP) growth of 7.79% year-on-year in the six months.

For the coming time, Dung called for greater decentralization of powers among the state apparatus as the city continues to push for administrative reform.

Dung requested the authorities to ensure greater efficiency in the management of public assets and create a steady stream of revenue for the budget.

“More efforts are required to retrieve tax arrears, along with the application of IT in finance and budget management,” Dung said.

Meanwhile, the Chairman of the municipal People’s Council noted the priority for Hanoi is to address bottlenecks in the fiscal collection to ensure sustainability in budget management.

Tuyen also called for the authorities to continue supporting business households to be formalized and become registered companies.

“In the long-term, the city would continue to invest in new industrial parks to attract investment capital and support economic growth,” Thanh said.

During the first eight months of 2022, the Hanoi People’s Committee submitted a list of 58 public projects to the municipal People’s Council for review and approval.

For the five-year public investment plan of 2021-2025, Hanoi would focus on the construction and renovation of public schools of national standards, upgrade public health capacity and allocate funds for the preservation of historical and cultural heritages.

Vice Chairman of the Hanoi People’s Committee Ha Minh Hai said the city aims to exceed the budget revenue target for 2022 by 5% and disburse at least 90% of the public funds. 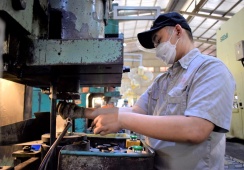 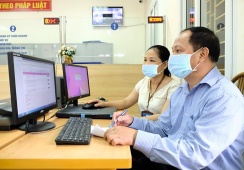