Kamala Harris will become the first US vice president to visit Vietnam.

The Hanoi Times is honor to publish reflections on the visit by Carl Thayer, Emeritus Professor at the University of New South Wales, Canberra.

The Biden Administration has made the Indo-Pacific region its highest priority. Singapore and Vietnam are viewed as two key partners of the United States in maintaining a rules-based regional order.

The Biden Administration’s early efforts to engage Southeast Asia were disrupted by technical difficulties encountered by Secretary of States Anthony Blinken in attending a virtual meeting with his Southeast Asian counterparts. Secretary of Defense Lloyd Austin’s plans to visit the Vietnam enroute to attending the Shangri-la Dialogue in Singapore were postponed due to the resurgence of the Covid-19 pandemic.

US efforts to engage Southeast Asia were kick-started by Secretary Austin’s recent visits to Singapore, Vietnam and the Philippines.

The White House announcement that Vice President Kamala Harris will visit Singapore and Vietnam in August marks a new phase of U.S. engagement with Southeast Asia. She will be the highest-level Biden Administration official to visit the region.

The announcement of Harris's visit was accompanied by President Biden's nomination of Jonathan Kaplan as his nominee to fill the long-vacant post of US Ambassador to Singapore.

Vice President Harris has multiple items on her agenda foremost of which include combatting and economic recovery from the Covid-19 pandemic and climate change. These two issues are of global concern and areas where the Biden Administration would like to create a global partnership by working with regional partners as well as China.

In sum, Vice President Harris will expand U.S. engagement with Southeast Asia beyond defence and security to a larger agenda of cooperation to deal with global transnational challenges. 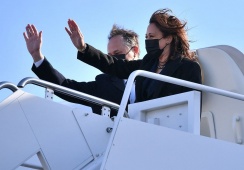 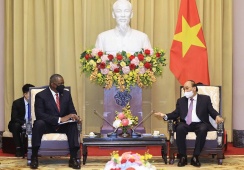 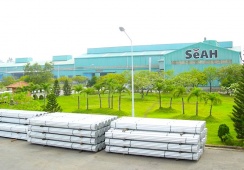