Leipzig to set up representative office in Hanoi

Healthcare, culture and education are potential fields for cooperation between Hanoi and Leipzig.

Leipzig, the most populous city in the German state of Saxony, wants to open a representative office in Hanoi to strengthen bilateral cooperation and exchanges.

The city’s Vice Mayor Torsten Bonew expressed his wish during a meeting with the Vice Chairman of the Hanoi People’s Committee, Le Hong Son, today [December 1].

During the meeting, Son pointed out that the Covid-19 pandemic in the past two years has severely impacted cooperation between cities around the world, as well as the development of the tourism sector.

According to Son, all socio-economic activities in Hanoi have now returned to normal as the pandemic is put under control.

“The city’s focus is now to push for economic recovery and development,” Son added.

During this process, Hanoi prioritizes training a high-quality workforce, fostering digitization, and investing in smart city projects, which fall under the purview of Leipzig.

Son called for both cities to continue cooperating in projects in fields of high potential in the coming time and directed the municipal Department of Foreign Affairs as coordinator.

Sharing Son's view, Bone hoped for favorable policies from the German government to allow Vietnamese nationals to come to the country and work in the health sector while expressing interest in further cooperation between Hanoi and Leipzig in culture and education.

On this occasion, both sides signed an agreement for cooperation between the University Hospital Leipzig and hospitals in Vietnam to train the medical workforce. 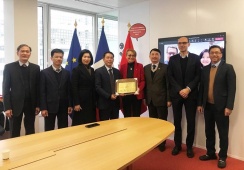 Hanoi to host the Vietnam-France partnership conference in 2023 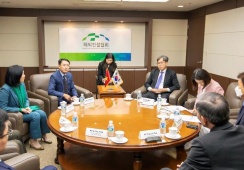