Vietnam’s agricultural exports surged 27.8% year-on-year to US$21.4 billion in the first six months, or 13.7% of the country’s total export turnover.

The Ministry of Industry and Trade (MoIT) and Ministry of Agricultural and Rural Development (MARD) on July 13 signed a cooperation agreement to ensure sustainable agriculture by modernizing the sector and boosting the export of farm produce in international markets.

At the signing ceremony, Vice Minister of Industry and Trade Tran Quoc Khanh called for significant transformation of the agricultural sector, with a stronger linkage between farmers to distributors in both domestic and foreign markets.

Khanh identified a number of fields that should be addressed in the coming time, including the modernization of the agricultural sector; ensuring agricultural production stays in line with market demand; the removal of non-trade barriers and the opening up of markets; and the creation of brands for agro-forestry-fishery products.

“Among those priorities, origin tracing is a key matter for exports,” Khanh added.

Minister of Agricultural and Rural Development Le Minh Hoan noted despite the Covid-19 pandemic, Vietnam’s agricultural exports surged 27.8% year-on-year to US$21.4 billion in the first six months, or 13.7% of the country’s total export turnover.

“Taking farm produce to the global market is not an easy task, and in this process, farmers should be aware of different market factors rather just focusing on production,” Hoan added.

At present, China, Japan, South Korea, and the US are Vietnam’s four largest buyers of agricultural products.

In the first six months of the year, Vietnam’s exports of farm produce to the US expanded by nearly 60% year-on-year to $6.7 billion, or 27.9% of total agricultural exports. China remained the second largest import market for the local agricultural sector spending over $4.75 billion on Vietnamese farm produce, up 32.1% or 19.6% of the total.

According to the MARD, Vietnam’s positive agricultural exports in the first half of 2021 were partly thanks to the country’s effective utilization of free trade agreements (FTAs) that Vietnam is a part of.

Meanwhile, Vietnam has set up communication channels with major markets to better analyze and forecast customer behavior during and after the pandemic, so as to act accordingly.

For the last half of 2021, the MARD expected difficulties as a result of the Covid-19 pandemic, while calling for local firms to continue taking advantage of FTAs, especially the EVFTA and CPTPP to penetrate new markets. 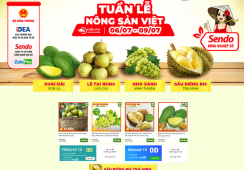 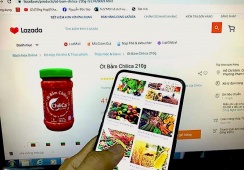 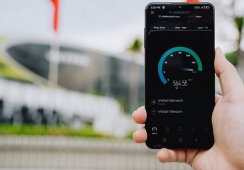 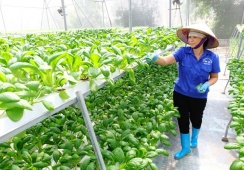