Twenty years is a long period and many cannot work that many years under contracts only to pay insurance premiums.

Vietnam's Ministry of Labor, Invalids and Social Affairs (MoLISA) has proposed that people would have to pay social insurance premiums for 15 years, instead of 20 years as at present, to begin to qualify for retirement pensions.

The period would then even be reduced to 10 years, the labor ministry said.

Contracted laborers must contribute to social insurance for the full 20 years to qualify for retirement pension but still have to work and pay premiums until 60 years and three months for men and at 55 years and four months for women is one among the inadequacies that the draft amendment to the Law on Social Insurance has to address, according to the MoLISA.

“Twenty years is a long period and many cannot work that many years under contracts only to pay insurance premiums,” the ministry said, adding that many have stopped halfway, choosing to give up on the retirement pension.

The MoLISA stressed that a large number of old people without pensions would create huge pressure on social welfare and healthcare funding.

“If the mandatory period of social insurance contribution is shortened to 10 years, the policy would encourage more people to enroll in the insurance scheme,” said the ministry.

The MoLISA has submitted the draft amendment to the Vietnamese government and will collect public opinions until June 16.

It is expected that the amendment will be submitted to the sitting of National Assembly (NA) in December 2022. If it is passed at the following NA meeting in May 2023, it will take effect from January 1, 2024.

Vietnam had around 14.1 million people in retirement, with only 4.9 million having access to the retirement pension by 2020.

Vietnam is currently among the most rapidly aging countries in the world. It officially entered the aging phase in 2011 when the number of people over 60 made up 10% of the population. 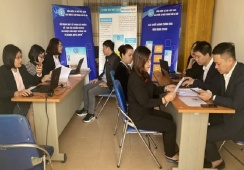 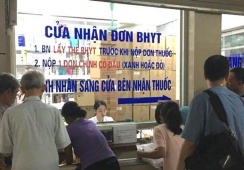 Vietnam to provide health insurance for all senior citizens in 2021