Only 2% of enterprises in Vietnam are immune from the pandemic.

Around 47% of 400 enterprises in Vietnam surveyed by the Private Economic Development Research Board (Board IV) in mid-August said they were forced to lay off workers during the Covid-19 resurgence in Danang and other localities in late July.

Notably, 33% of the respondents, most of which operate in the fields of tourism, agriculture, IT, or plastic production, stated they have to cut 50% of their workforce.

This was Boad IV’s third survey since the Covid-19 broke out in Vietnam in January to assess its impacts on the economy, and its results would later be submitted to Prime Minister Nguyen Xuan Phuc.

Meanwhile, 76% added they are operating at a loss, 20% have already suspended operatios, 2% completed the dissolution procedures and only 2% are not affected by the pandemic.

According to the survey, the most challenging issue for enterprises are the lack of orders and market for their products, while they still have to pay employees’ salaries, social insurance premiums, debts, and cover operating costs, among others.

Some enterprises and organizations even have to pay higher land rental fees compared to the previous years, due to changes in policies.

The pandemic with its large-scale impacts on economic activities and the disruption of supply chains have put many enterprises in a dire financial situation, Board IV’s survey revealed.

It is worth mentioning that there have been a growing number of companies downsizing their labor force, which is different to the first Covid-19 wave when they were still trying to keep their employees.

Without customers, small and micro-sized travel agencies have to furlough their entire staff. The rate was around 80% for inbound travel companies and 40 – 50% for large local ones.

In this survey, Board IV noted a low confidence from the business community towards the government’s policies. Some said they have made many suggestions to the government but the current situation has not changed at all.

Regarding this issue, Board IV suggested the government should focus on building trust from businesses in its upcoming relief programs, with the recovery of enterprises being the top priority.

Policies including further promotion of online public services and simplification in administrative procedures should aim at reducing enterprises’ operating costs so that they could stay afloat, stated Board IV.

Board IV also recommended the government reduce the corporate income tax by 30% for all enterprises by 2020, instead of those with revenue below VND200 billion (US$8.62 million) this year, adding the collapse of large enterprises could have a more severe impact on the economy than just small and medium ones.

Moreover, the government could consider a 50% reduction in premiums of social, health and unemployment insurance in 2020 and even in 2021. 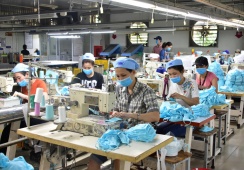 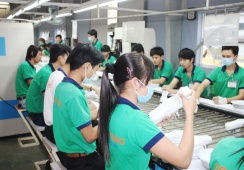