More incentives and open policies are needed to attract investors into the billion-dollar business of prize-winning games in Vietnam which is deemed to hold huge potential for development, according to Nguyen Anh Tuan, editor in chief of Nha Dau Tu magazine.

At present, there are three types of legalized prize-winning games in Vietnam which are sports betting, casino and prize-winning electronic games for foreigners.

To date, the country has eight licensed casinos, 61 prize-wining electronic gaming businesses and one bookmaking company for greyhounds racing. They reported combined revenue of VND19 trillion (US$824.58 million) and pay VND4.9 trillion (US$212.65 million) in taxes in 2019, Tuan informed at a workshop discussing the growth potential of the prize-winning games business in Vietnam on June 23.

The market, however, remains modest compared to that of in regional peers, Tuan commented.

In addition to bringing a steady flow of revenue for the state, a well-developed prize-winning game industry would help address the issue of growing illegal betting market in Vietnam, estimated to have an annual value of US$1 – 1.5 billion.

However, economic benefits of such business remain limited. As the customers are mainly foreigners, the revenue, therefore, is solely dependent on the number of foreign arrivals interested in these types of games, Suu stated.

“As Vietnam’s tourism products lack appeal for tourists, prize-winning game businesses not only could address this issue, but also support the development of the nigh economy,” Luc added.

Luc cited a report from Vietnam National Administration of Tourism in 2018 that the largest proportion of foreign tourists' spending in Vietnam came from rent (32% of total spending), food (23%), transportation (12%), while shopping and cultural, entertainment activities made up 29%, significantly lower than that of Malaysia and Thailand at 40 – 50%.

A study from MasterCard revealed the average spending by foreign tourists in Vietnam was also 1.7 – 1.9 times lower than in Thailand and Singapore.

“The main issue is that night economy, including prize-winning game businesses, is still restricted, while tourism and entertainment activities in the day have reached their limits,” Luc suggested.

Luc said the government should allow pilot implementation of betting on horse or greyhound racing, while providing more incentives in terms of taxes and land resources.

Improvements in infrastructure, security and state management are also factors that could attract investors into this business, Luc stated.

At present, the Ministry of Finance is seeking public comment for a draft decree that would replace Decree No.06 released in 2017 governing business in the fields of betting on horse racing, greyhound racing and international football.

As per the draft decree, more football tournaments, including major leagues such as England's Premier League, Spain's La Liga, Germany's Bundesliga, Italy's Serie A and France's League 1, among others, would be added to the legal betting list.

Moreover, locals could make a bet via a bank account, e-wallet or mobile phone bill. The current legislation only allowing betting on international matches or tournaments that take place once every two or four years is seen as a major issue for investors. 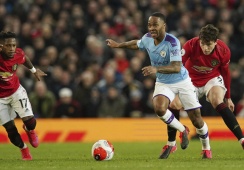