Under the new resolution, Hanoi would take the leading role in the industrialization and modernization process by 2030 as well as serve as the growth engine of the region and the country overall.

The Politburo, the country’s supreme decision-making body, has agreed on the issuance of a resolution regarding the vision and objectives for Hanoi's development until 2030, with an orientation to 2045.

Chaired by General Secretary of the Central Committee of the Communist Party of Vietnam Nguyen Phu Trong, the Politburo convened a meeting today [April 1] to discuss the results of the 10-year implementation of its resolution No.11 on the development of Hanoi in the 2011-2020 period.

At the meeting, the Politburo highlighted the efforts of Hanoi in pushing for socio-economic development.

The city’s economic growth during the 10 years averaged 6.83% annually or 1.15 times the overall growth.

Such achievements have resulted in a significant transformation of the capital city, in which key fields such as cultural development, education and training, science and technology, social welfare, religion, and public healthcare, have gained significant progress and locals’ quality of life has been raised.

Meanwhile, political and social stability, defense, and security have been maintained, along with positive performance in foreign affairs and global integration.

Politburo noted that Hanoi’s status on both domestic and international fronts has been heightened as a result.

In addition to Hanoi's strong progress in various fields, the Politburo has identified several shortcomings of the city, including lower GRDP per capita compared to other major cities/provinces; Hanoi’s role as the core and economic hub of the northern region has not been fully harnessed, as well as the lack of effective cooperation with others provinces/cities.

To further realize the city’s role as the political-administrative hub of the country and the growth driving force of the capital area, Politburo has agreed on the issuance of a resolution that sets out the visions and directives for Hanoi’s development until 2030, with an orientation to 2045.

Under the new resolution, Hanoi would take the leading role in the industrialization and modernization process by 2030, as well as serve as the growth engine of the region and the country overall.

Hanoi is expected to have strong economic competitiveness in the region and globally, at the level of other capital cities in the region.

In a 10-year time, Hanoi would become a global city with high living quality and comprehensive development in terms of economy, culture, and society.

The Politburo called for Hanoi’s authorities and people to stay united and determined in pushing for the capital city's further development.

These include greater efforts in restructuring the economy in line with the revision of the growth model; achieving socio-cultural development, enhancing education and training, science and technology, healthcare, and social welfare. 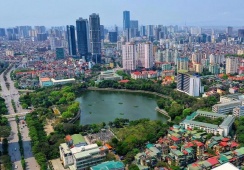 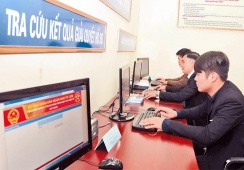