Families throughout Asia and the Pacific rely on money sent by relatives overseas. These remittances are threatened by the pandemic but policy actions can help.

The Covid-19 pandemic is projected to have wide-ranging impact on economies across the region, as it disrupts supply chains, tourism, and employment. Some emerging markets are especially vulnerable to an important financial inflow as well: remittances. What does the recent data say and what are the policy options?

Remittances to Central Asia, South Asia and Southeast Asia are expected to be amongst the most affected by the pandemic. Monthly data on three economies that are ranked amongst the top recipients in the region (Bangladesh, Pakistan, and the Philippines) in absolute US dollar terms seem to confirm the downward trend in remittance inflows up to three months since the World Health Organization declared an international public health emergency in late January, with remittances down by 14%-20% relative to a year ago. To put this decrease in perspective, remittances to developing countries on average fell by 5% during the 2007-2009 Global Financial Crisis (GFC).

The substantial fall in remittances due to Covid-19 adds a new dimension to the short-term challenges faced by governments. For instance, while the negative effects on government budgets may be significant, credit-constrained households are likely to bear the brunt of the shock—as a normally stable and countercyclical source of income declines precisely when, given labor-market and general economic conditions, it would be most needed. At a more general level, there is substantial evidence that suggests that remittances have a positive impact on GDP growth in developing Asian countries and serve as an important tool for poverty reduction, providing improved access to healthcare and education.

During the GFC, remittances failed to play their typical role as a stabilizing mechanism since not only recipients but also senders were affected – and it appears this will be the case for the Covid-19 pandemic as well. Countries must therefore adopt a multi-pronged strategy to deal with shortfalls in remittance flows during critical times, such as the current crisis.

In the short run, governments can consider policy instruments and liquidity support that minimize the effects of Covid-19 on remittance-reliant households. For instance, low-interest loans linked to the size of the households’ average remittance receipts over the same months in the last two or three years can be extended. The loans could be repaid once the pandemic dissipates, and normal remittance flows to the households are restored. Other policy instruments include easing interest rates to help small businesses and providing direct cash transfers to those most in need.

While financial technology also offers several innovative solutions, it requires substantial improvements in the systems recording cross-border transactions. This should be an opportunity for further digitalization of these transactions. Additionally, low accessibility, knowledge, literacy, and trust often inhibit people from fully utilizing such facilities even when available.

These constraints must be tackled via country-specific measures – for instance, investments in digital infrastructure and networks to ensure safe transactions and data privacy, as well as policy adjustments to strengthen regulation, increase accountability, and promote competition among money transfer operators to reduce transaction costs.

Another critical issue is over-reliance on remittances, which exposes countries to external shocks and remittance volatility during global shocks. Developing precautionary instruments that can enable countries to build buffers can reduce external vulnerability and ‘smooth-out’ the negative effects in times of crisis.

For instance, much like some resource-rich countries such as Norway use sovereign funds to guard against swings in commodity prices, remittance-dependent economies can consider instruments to hedge against sudden shortfalls in remittance flows. Such financial instruments can enable countries to build buffers that can reduce external vulnerability and smooth out the negative effects in times of crisis.

In practice, such policies can be implemented by setting aside, in a dedicated fund, a fraction of remittance-related increases in tax receipts when times are good—an approach consistent with the evidence that remittance flows boost tax revenue during economic upswings.  Such a fund could also be used to prepare for the expected long-term fall in remittances—as populations age and fewer migrants go overseas to work, thus leading to declining remittance flows assuming all else remains constant.

This is particularly relevant for countries such as the Philippines, which have typically had large shares of population migrating abroad at a young age but returning when they retire. Financial instruments akin to the so-called “diaspora bonds”—which target a country’s expatriates, channeling their savings in the adoptive countries towards capital markets in the home economy—appear suitable as a means to promote intergenerational sharing of the benefits from remittances. This is only true to the extent that they are used to finance growth-boosting investment projects such as in infrastructure and education.

The Covid-19 pandemic will present significant challenges to remittance-reliant economies in Asia and the Pacific. However, as is often the case with crises, it could also be a turning point for the role remittances can play as a sustained driver of economic stability and growth in the region. 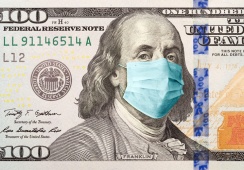 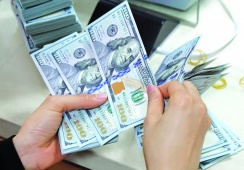