There should be major projects that could become symbols for bilateral relations between South Korea and Hanoi, stated a city’s leader.

A growing number of South Korean companies have expressed interest in infrastructure projects in Hanoi.

Vice Minister for Land, Infrastructure, and Transport (MOLIT) YUN Seong-won gave the remarks in a meeting with the Vice-Chairman of the Hanoi People’s Committee on July 6, while stressing his belief in the positive economic outlook of Vietnam in general, and of Hanoi in particular.

Tuan said the long-standing strategic partnership between Vietnam and South Korea has been on the rise for many years. “In this context, many South Korean firms with the support from their government have invested in Vietnam and Hanoi,” Tuan said.

Tuan called for both sides to continue strengthening cooperation and working on major projects that could become symbols for bilateral relations between Hanoi and South Korea.

South Korea is currently Hanoi’s third-largest investor with a combined registered capital of US$7.77 billion.

One of the key priorities in YUN’s visit to Vietnam this time is to realize the memorandum of understanding (MoU) signed in 2018 among the MOLIT, Vietnam’s Ministry of Construction, and Ministry of Transport for greater cooperation in urban and transport infrastructure development. 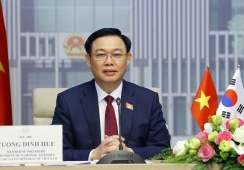 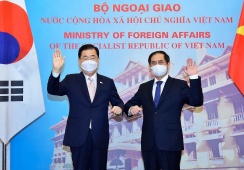 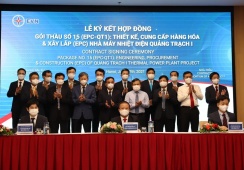