Japan will promote the digital transformation process in Vienam.

Japan will remain steadfast in boosting diplomatic relations with Vietnam and supporting the country in infrastructure development, especially in the fields of transportation, energy, environment, and space cooperation.

Japanese Prime Minister Suga Yoshihide stated the view in a phone talk with his Vietnamese counterpart Pham Minh Chinh on May 17, while congratulating Chinh on his new position.

Given the ongoing investment wave from Japanese firms to Vietnam in a move to diversify their global supply chains, Suga called for Vietnam to continue improving its investment and business environment.

On the current pandemic situation, the Japanese PM said there would be more cooperation with Vietnam to ensure the latter having sufficient Covid-19 vaccines.

For his part, Vietnamese PM Chinh highly regarded Japan’s contribution to the development of Vietnam and called for further cooperation in priority fields.

"The two countries should focus on infrastructure development, including hard and soft infrastructure in the fields of transportation, environment, and digital transformation," Chinh said.

Both two leaders affirmed the necessity to boost strategic cooperation between the two sides, especially in jointly organizing activities to celebrate the 50th anniversary of bilateral diplomatic relations in 2023.

Chinh and Suga also discussed regional and international issues of mutual interests, including the South China Sea (called East Sea by Vietnam), for which Japan and Vietnam agreed to closely cooperate on the multilateral framework, especially in the United Nations and ASEAN. 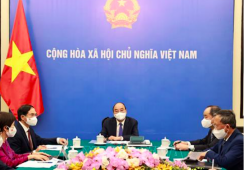 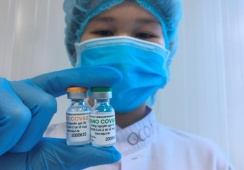 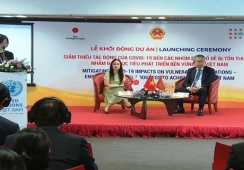 Japan to donate US$2.8 million for Vietnamese vulnerable to Covid-19 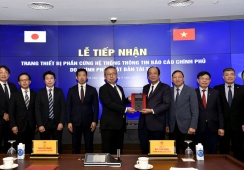