M&A activities in the banking sector are set to heat up in 2021, when the Covid-19 pandemic is fully contained and the majority of Vietnamese banks have completed their restructuring processes.

As many Vietnamese banks are looking to raise their registered capital to qualify for requirements on capital adequacy ratio (CAR) under Basel II standards, they continue to remain attractive to foreign investors.

Given the long-term positive outlook of Vietnam’s economy, the market expects that more banks would raise registered capital by issuing shares through private placements to strategic investors.

On November 9, Military Bank slightly increased its foreign ownership limit from 22.9% to 23%. The move was announced after the bank issued nearly 362 million shares to pay dividends for 2019 and increase its charter capital to nearly VND27.98 trillion (US$1.2 billion).

LienVietPost Bank has also increased its foreign ownership from 5.5% to nearly 10% along with the announcement of share listing on the Ho Chi Minh Stock Exchange, home to the majority of large-caps.

In a similar move, the board of directors of Techcombank agreed to increase the foreign ownership limit from 22.49% to 22.5%.

Meanwhile, VietCapitalBank will consult the bank’s shareholders to authorize the board of directors to decide a new foreign ownership limit. The bank also plans to issue shares worth VND2 – 2.5 trillion (US$86.38 – 108 million) via private placement in the first quarter of 2021 and another VND1 trillion (US$43.18 million) to the public.

In September, HDBank also announced plans to offer US$160 million worth of international convertible bonds to institutional investors in developed markets, and the proceeds from the sale will be used to increase the bank’s tier-2 capital.

A report from Vietnam Investment Securities Company (IVS) said a number of banks, including VIB, VP Bank, Techcombank, and ACB, among others, would expand foreign ownership under Vietnam’s commitments of the EU – Vietnam Free Trade Agreement (EVFTA).

Moreover, the Vietnamese government would also allow European financial firms to acquire up to 49% of two commercial banks from the current threshold of 30%, for which the offer will be valid for five years since the EVFTA becomes effective.

Experts said with foreign investment, Vietnamese banks could speed up the digitalization process and e-payment, fields whose potential remains untapped for the majority of banks.

Economist Nguyen Tri Hieu predicted mergers and acquisitions (M&A) activities in the banking sector to heat up in 2021 when the Covid-19 pandemic is fully contained and the majority of Vietnamese bank have completed their restructuring processes.

Mr. Hieu suggested the government continue creating favorable conditions for small and medium-sized banks to go public, a move that could help them further attract investment capital from both domestic and foreign investors. 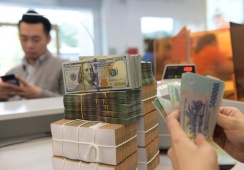 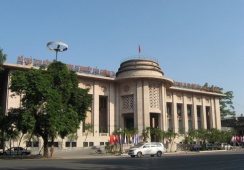 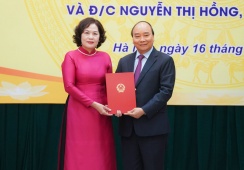